Facebook Messenger has today released its Year in Review report for 2017, highlighting the trends and insights into how people connected and shared with each. The year saw a 2x increase in the number of video chats from 2016, making it the “year of the video chat” with 17 billion video chats taking place on Messenger in 2017, including one that took place in Antarctica.

“At Messenger, we know that every message matters and we’re focused on helping people say what they want to say, however they want to say it. Through GIFs, videos, group conversations or group video chats, Messenger gives people the freedom to connect in the way that is most relevant to them — expressive, humorous, visual, heartfelt or simply convenient.

By understanding how people are messaging today, we can continue to make Messenger the best place to connect with the people you care about most. We’re excited to look back over the year, and highlight the top ways we saw Messenger’s 1.3 billion strong global community connect and share with each other in 2017.”

In Canada alone, Messenger users shared more than 5 billion emojis and more than 300 million GIFs during the year, with New Year’s, Mother’s Day and Valentine’s Day being three of the five most popular days to message in 2017. On average, 260 million new threads between people were started every day, while 2.5 million new groups were created on Messenger every day.

Some other interesting data points highlighted in the report include the following:

Check out the following infographic spotlighting the top Messenger trends in 2017. 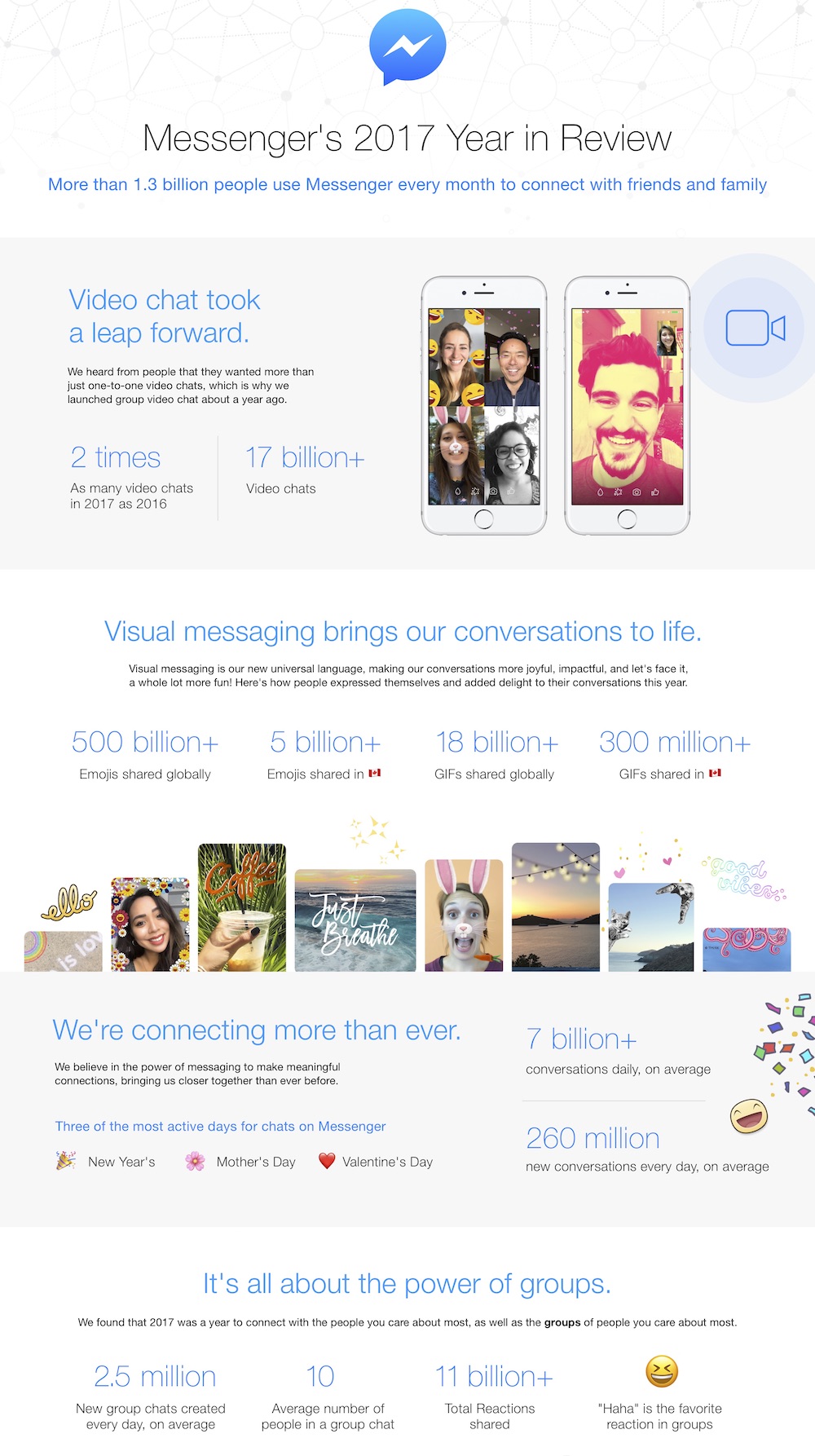