Update 3: Here is a screenshot of the Apple Store WiFi SSID (thanks Glenn), plus a spy shot by a reader from 9to5Mac: 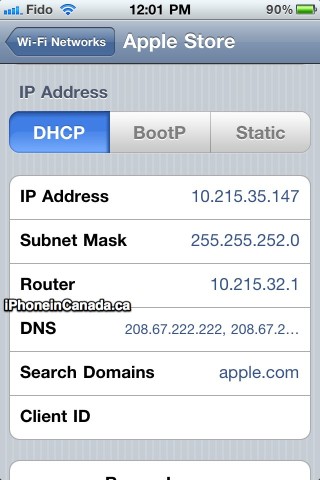 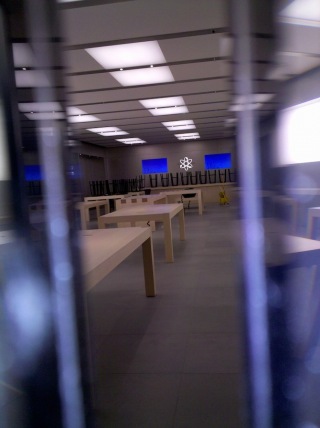 Update 2: According to our sources, the inside of the store is 99.9% complete.

Update 1: the September 24th grand opening date has been confirmed by the Metropolis twitter account @metropolismet. (Thanks AppleGuy!)

Mark your calendars: The new Apple Store at @MetropolisatMet will open on September 24th.

Last week we reported the Apple Store located inside the Metropolis at Metrotown in Burnaby unveiled the Apple logo and URL on the black store front. Today, further updates have been provided to us via iPhoneinCanada.ca reader, Glenn.

Our source noted a conversation overheard by workers slated the grand opening to occur next week on Saturday, September 24th. The Apple Store is located on the top floor of the mall nearby Guess, Lululemon and Mexx.

As seen below, the front of the store now has a stone perimetre and also the storewide Apple WiFi has been confirmed to be enabled and is working. This store looks a chicken egg about ready to hatch.

You can see light leaking through the black panels, an indication opening preparations are surely being ramped up. Could the opening coincide with any next generation iPhone 5 announcements? You can guarantee it will be open by then. 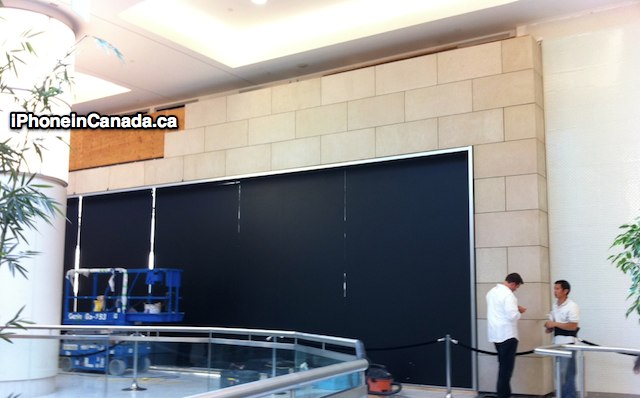 The most recent Apple Store opening was the Mapleview Centre Apple Store in Burlington, Ontario.