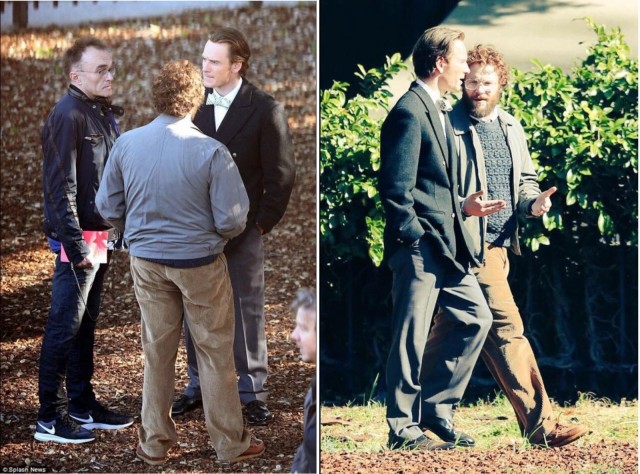 Back in November, it was reported that following Christian Bale’s withdrawal, Michael Fassbender was being considered to play Steve Jobs in Sony’s biopic and today, we’ve got the first look at the actor as Jobs while filming on set. Unfortunately though, Fassbender seems to bear no resemblance whatsoever to his character. The on-set pictures obtained by CultOfMac show the X-Men star in an outdoor scene with Seth Rogan as Steve Wozniak.

Given that writer Aaron Sorkin wants this film to be Oscar worthy, it will be interesting to see how/if Fassbender overcomes his lack of physical similarity in portraying Jobs”.

In the past, a number of good hollywood actors have played real life characters when they don’t look similar, though it’s going to take a killer performance from Fassbender to overcome this barrier. 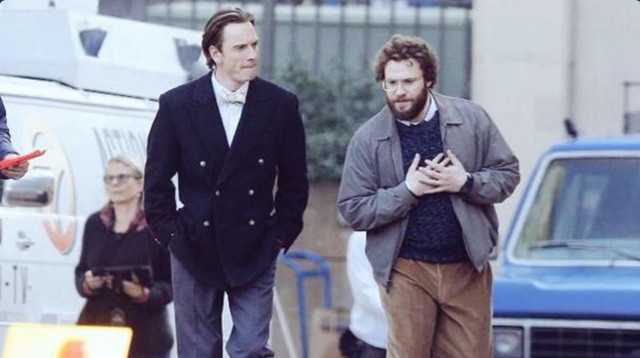 The movie, whose script centers around the original Macintosh launch, NeXT, and the original iPod, is said to include some flashback scenes from Jobs’ childhood home in Los Altos as well. Furthermore, the source has revealed that Steve Jobs’ daughter Lisa will be the film’s heroine.

So guys, do you think Michael Fassbender can pull off Steve Jobs better than Ashton Kutcher?