A new Apple patent published today the US Patent and Trademark Office (USPTO) titled Micro device with stabilization post, describes a way of stabilizing LEDs and microchips on a carrier substrate so they’re able to be transferred to another substrate, revealing the tech giant’s apparent interest in using micro-LED technology in future devices, AppleInsider is reporting. The patent is actually a continuation of another application dating back to April 2015. 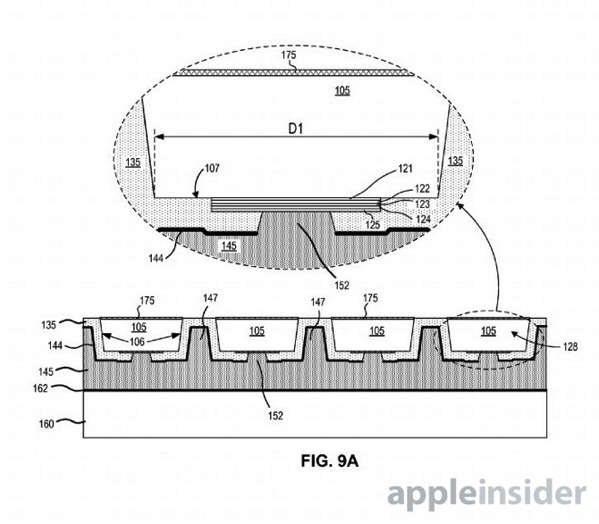 Apple makes direct reference to LuxVue in the filing, a company specializing in micro-LED technology that Apple bought a couple of years back. The source points out that both the patent filings support rumours that Apple is working on a micro-LED display for a future version of the Apple Watch, potentially shipping as soon as the second half of 2017.

“One of the credited inventors — Andreas Bibl — was the CEO of that firm, and was recently credited on another Apple micro-LED patent involving wearable technology. That exact timeline may be unrealistic, since micro-LED has yet to feature in any shipping consumer products, and it’s currently difficult to manufacture panels of any significant size. Cost is another factor, as even the OLED panels used for the first-generation Watch are more expensive than conventional LCDs”.

If rumours are to be believed, Apple won’t be using OLED panels on iPhones until next year, with micro-LED possibly makings its way further down the line.