In a new Microsoft patent application titled “Multi-Panel Device” published last week by the U.S. Patent and Trademark Office (USPTO), the company has detailed the possibility of a 3-Display Panel version of their Surface smartphone (via Patently Apple). 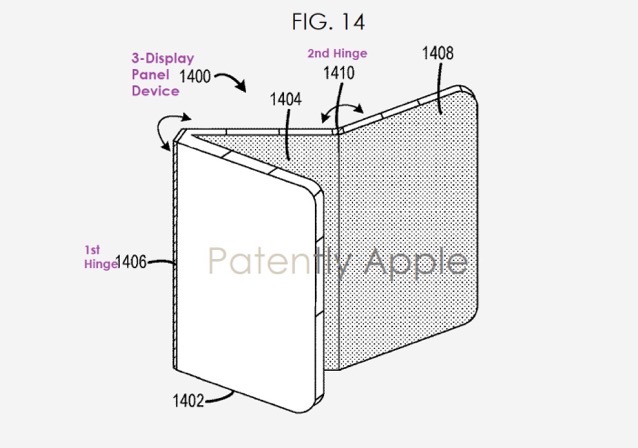 The first and third display panels may pivot, such that the three display panels are stacked on top of each other in order to reduce an overall form factor of the multi-panel display device.

The patent was filed by Microsoft three months prior to the original Surface Duo launch.

The experts over at iFixit have just published their teardown of the Apple Watch Ultra on YouTube, calling it “beautiful, rugged, and almost repairable.” The all-new Apple Watch Ultra officially went on sale on Friday, debuting the biggest change to Apple Watch yet, with the watch sporting features targeting extreme athletes. It’s designed to compete...
Usman Qureshi
39 seconds ago

DC Rainmaker (Ray Maker) continues to put Apple’s latest products such as the Apple Watch Ultra to the test. One of his recent videos compared the iPhone 14 Pro Action Mode against the GoPro Hero 11 Black action camera which costs $649 CAD. Action Mode on iPhone 14 Pro is limited to 2.8k resolution, versus […]
Gary Ng
9 mins ago

WhatsApp has announced a new feature that allows users to create and send a call or chat link to anyone on WhatsApp, even if they’re not in your contacts. The company shared the news in a tweet posted earlier today, suggesting that you can simply add the link to an invite or send in a...
Usman Qureshi
24 mins ago