Microsoft’s focus on the consumer phone was short and costly. The company has announced today that it is cutting 1,850 jobs and will take a restructuring charge of nearly $1 billion as it “streamlines” the company’s smartphone business in enterprise and other niche areas where it feels it has “differentiation” (via TechCrunch). 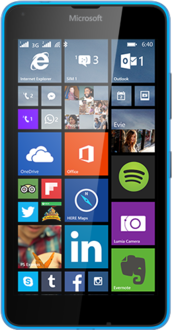 “We are focusing our phone efforts where we have differentiation — with enterprises that value security, manageability and our Continuum capability, and consumers who value the same,” said Satya Nadella, chief executive officer of Microsoft. “We will continue to innovate across devices and on our cloud services across all mobile platforms.”

The announcement follows Microsoft’s move to sell off its feature-phone business for $350 million. A year earlier, the software maker wrote off $7.6 billion and cut 7,800 jobs, which, as The Verge points out, is a $8 billion waste on a “failed Nokia experiment, including the costs of restructuring and severance payments for thousands of employees.”

With the latest layoffs, Microsoft is cutting 1,350 jobs at Microsoft Mobile Oy in Finland, and another 500 jobs globally. The layoffs will be completed by July 2017, according to Microsoft’s announcement.