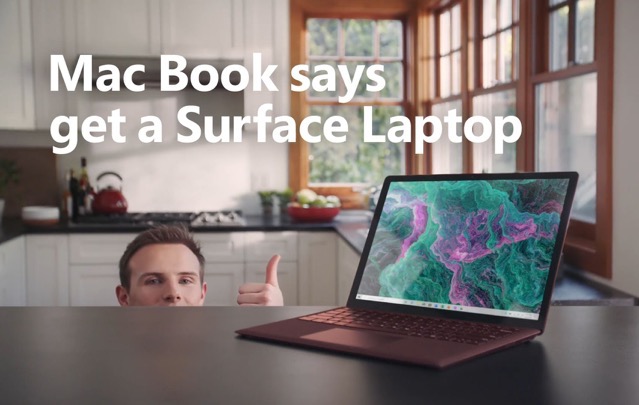 As spotted by The Verge, Microsoft’s latest Mac vs. PC ad uses a guy named ‘Mac Book’, which is short for Mackenzie Book, in an effort to diss Apple.

The company found the guy in Australia and used him in the advertisement to recommend Microsoft’s Surface Laptop 2 instead of Apple’s MacBook.

“Imagine the audacity of combing the world for a single actor with the right name, just so you can arrive at the punchline “Mac Book says get a Surface Laptop” without an army of lawyers breathing down your throat.

Would Apple stoop to finding a “Mike Rosoft” to tout a new iPad? I think not. It’s still too busy deciding whether the iPad Pro is a computer or not!”

The 30-second ad shows a voiceover narrator and Mac Book in a quick-fire Q&A session, in which he explains why he thinks the Microsoft Surface Laptop 2 beats Apple’s notebook in various departments.

Check out the ad below and let us know what you think of Microsoft’s new campaign.