Microsoft Announces Plans to Realign: “One Microsoft All the Time”

This morning, Microsoft CEO Steve Ballmer wrote a memo to every single employee detailing how the company is set to realign itself to become leaner and better push out products with increased speed and efficiency.

Here’s a snippet of what he said below:

Going forward, our strategy will focus on creating a family of devices and services for individuals and businesses that empower people around the globe at home, at work and on the go, for the activities they value most.

Together, we have created great products and great success, but we all want more. That means a strategy to deliver a family of devices and services that best enable people for the activities they value most and the enterprise extensions and services that are most valuable to business. A new structure to bring these to market faster. Stronger centralized services so we can be more efficient and effective. Priority focus areas, short and long term. New characteristics of how we work together. In other words, better execution and innovation through strategy and goal and discipline and engineering coherence. One Microsoft all the time.

Did you get that? Good luck with the new strategy, Microsoft. Ballmer looks to be leading the company into the future, yet again.

In other news, The Verge reports the Redmond-based company will be slashing the prices of its Surface tablets as listed below:

There’s no word whether these discounts will apply to Canada, but the discount looks to be a move to increase sales of the tablet, which has failed to mount any pressure on the iPad, even with its aggressive marketing campaign against it.

Nokia Launches a Windows smartphone with a 41 megapixel camera

Today also marked the announcement of the latest Windows Phone from Nokia, the Lumia 1020 which features a massive 4.5-inch 334 ppi display with 41MP (yes, 41 megapixels) camera. 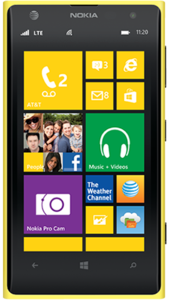 Microsoft and Nokia first announced back in 2011 of their partnership, which was aimed to “disrupt mobile ecosystems”. So far, little has changed in the smartphone wars which have been dominated by Apple’s iOS and Google’s Android operating system.

Last fall, Apple Music was named the new partner for the NFL’s Super Bowl Halftime Show, replacing Pepsi. This year’s show will feature Rihanna and Apple Music today shared the first trailer for the show, slated for the Super Bowl on Sunday, February 12, 2023, at State Farm Stadium in Glendale, Arizona, where the Kansas […]
Gary Ng
37 mins ago