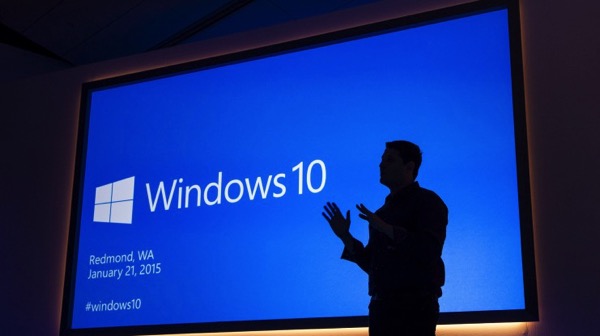 After teasing its forthcoming operating system last fall, Microsoft is back today in force: it has officially unveiled Windows 10, sharing new details of the next-generation desktop and mobile operating system.

This year, Microsoft promises to help you forget its previous failures by providing a unified experience: Windows 10 isn’t just for the desktop and tablet — like Windows 8 tried to be — it is for phones, too. There is a Windows 10 build tailored for mobile devices with screens smaller than eight inches. This move goes much further than Apple did with Yosemite and iOS 8: it approached the two platforms in terms of design, removing skeuomorphism, but it kept them as separate platforms.

Microsoft also took a page from Apple and announced that Windows 10 will be available as a free upgrade for one year for users running Windows 7, Windows 8.1, and Windows Phone 8.1. That’s a shocker from a company that has historically charged customers for every version of its desktop OS.

Today was a monumental day for us on the Windows team because we shared our desire to redefine the relationship we have with you – our customers. We announced that a free upgrade for Windows 10 will be made available to customers running Windows 7, Windows 8.1, and Windows Phone 8.1 who upgrade in the first year after launch.

This is more than a one-time upgrade: once a Windows device is upgraded to Windows 10, we will continue to keep it current for the supported lifetime of the device – at no additional charge. With Windows 10, the experience will evolve and get even better over time. We’ll deliver new features when they’re ready, not waiting for the next major release. We think of Windows as a Service – in fact, one could reasonably think of Windows in the next couple of years as one of the largest Internet services on the planet.

Apple changed its strategy with Mavericks, and the results from the free upgrade were immediate: the installed user base reached record heights in the first weeks of availability.

Windows 10 has plenty of functions that are somewhat reminiscent of features found in OS X and iOS: the Action Centre, for example, mirrors the functionality of the Notification Centre, a new unified messaging app that allows users to maintain a single conversation with a person through multiple mediums like SMS or Skype.

You can find the full list of features and all the details on Microsoft’s site. The Windows 10 technical preview for PCs will be available next week, while the mobile version will arrive later in February for Windows Insiders.