Microsoft Begins Rolling Out Support for Groups in Outlook for Mac, iOS and Android 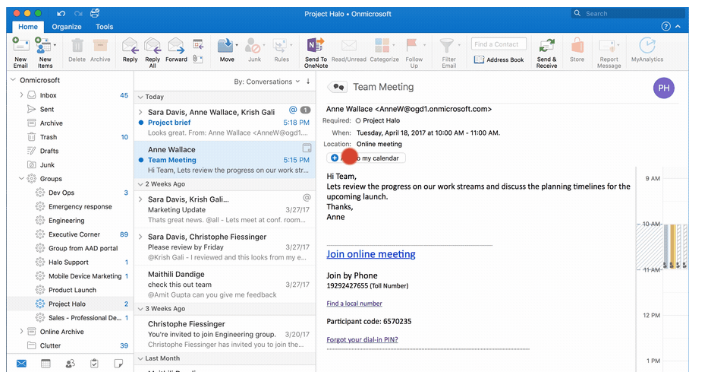 Today, Microsoft announced that it is beginning to roll out support for Groups in Outlook for Mac, iOS, and Android.

The feature is already available to commercial Office 365 users on Windows and on the web. Groups support gives Outlook users an easy way to take actions on and keep up with group conversations. The feature makes it easier to do things like adding group events to your calendar, viewing a group list, and quickly checking out group details.

Along with group support for Outlook on more platforms, Microsoft also unveiled a new batch of features rolling out to Groups in Outlook on Windows and the web.

Microsoft is also working on a couple of future features for groups, including the ability to add appointments to a group calendar in Outlook for Windows.

Microsoft says that the dedicated Outlook Groups app for iOS and Android will continue to be available while the company continues to improve Groups support in Outlook itself. If you are already a commercial Office 365 user that is already in a group, you should see the feature appear on Mac, iOS, and Android over the coming weeks.