Popular to-do list app maker Wunderlist, who recently revamped its mobile and desktop apps for iOS, Android and Mac OS, has been acquired by Microsoft for between $100 million and $200 million, The Wall Street Journal reports. Having recently purchased Acompli, which makes mobile-email applications, and Sunrise Atelier, the maker of popular Sunrise mobile calendar app, Microsoft is definitely putting in a significant amount of investment in enhancing its line of mobile apps. 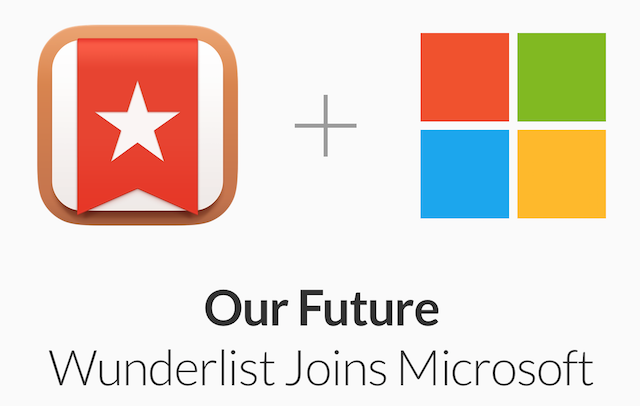 Developed by 6Wunderkinder GmbH, a Berlin-based startup, Wunderlist was launched almost 5 years ago and currently has 13+ million users, who have collectively created more than 1 billion to-dos to date. Below is what the company says in the official press release:

It’s only the beginning. Our aspirations are much bigger. Joining Microsoft gives us access to a massive wealth of expertise, technology and people that a small company like us could only dream of amassing on its own.

So what will change for you? Nothing right now. Our team in Berlin will continue to build and deliver you Wunderlist, Wunderlist Pro and Wunderlist for Business across all platforms–iPhone, iPad, Apple Watch, Mac, Android, Windows Phone, Windows and the Web. I will continue to lead the team and product strategy, because that’s what I love the most–building great products that help individuals and businesses get stuff done in the simplest and most intuitive way possible.

The company has also announced that it will be introducing a host of new features as it becomes a part of the Microsoft family over the next few months.