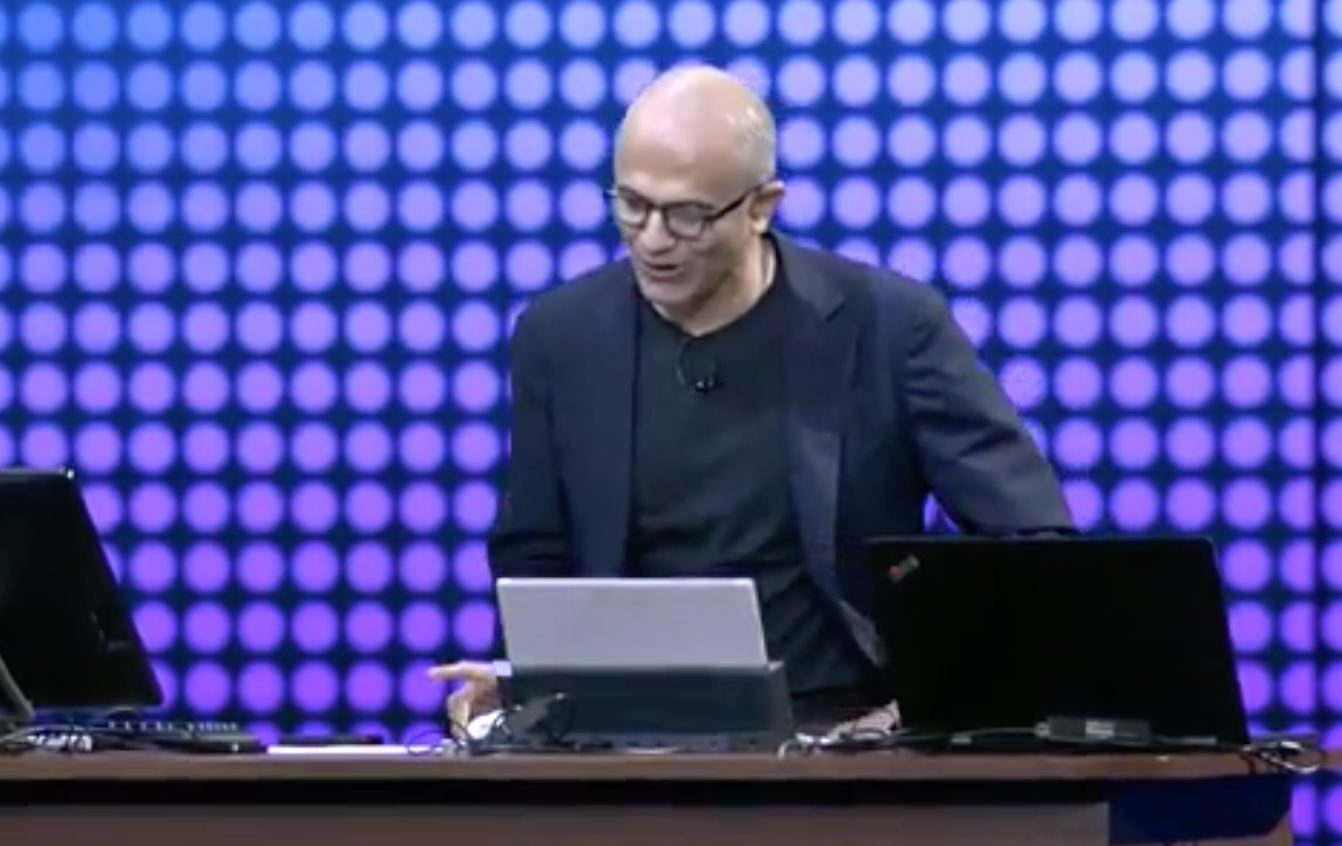 Microsoft CEO Satya Nadella used an iPhone to show off a number of Microsoft-based apps and services aimed at business customers, as he appeared on stage at the annual Salesforce Dreamforce conference in San Francisco, iMore is reporting. While he specifically highlighted the fact that the iPhone he’s using to demo the apps is not his, he did say that an iPhone with all those Microsoft apps installed becomes an “iPhone Pro”.

“He showed how Apple’s smartphone can be loaded with apps like Outlook, Skype and many others. In fact he called the phone with all those Microsoft apps installed an “iPhone Pro”. He showed off how Outlook looks and works on an iPhone, which Nadella said was the best email client for iOS”.

Check out the following video clip from the Salesforce conference: