Microsoft Rolls Out Cortana 3.0 in Beta to iOS and Android Users 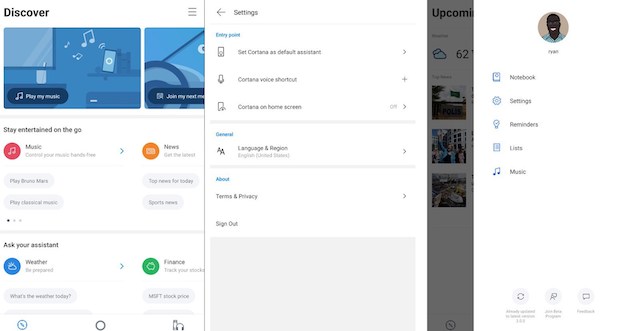 As reported by Windows Central, Microsoft has started rolling out Cortana version 3.0 in beta to iOS and Android users, that brings a redesigned UI focused on conversational experiences, new music, and podcast connections, as well as the ability to join Skype and Teams meetings by using the voice-activated digital assistant.

Though Microsoft has announced the update to beta testers, we’re not seeing it just yet, so it may be part of a slow rollout. However, if you want to get in line to test out everything that’s new, you can register to become a beta tester for Cortana on Android at Google Play. Cortana users on iOS will have to be enrolled in the limited TestFlight program to take part.

Here’s a list of what’s new in Microsoft Cortana 3.0: