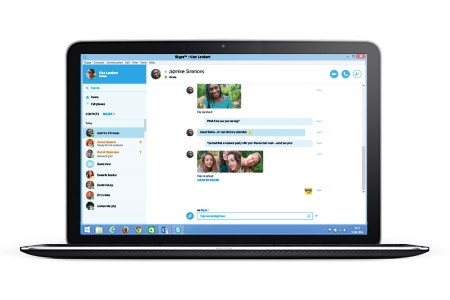 Microsoft announced today a new, beta version of Skype for Web that enables the well-known Skype experience in your Web browser. Although Skype for Web is currently available to only a limited number of users, Microsoft will gradually roll out worldwide in the coming months.

What Skype for Web actually does is to eliminate the need to install a new app on your Mac, Linux, or Windows computer and enable the (Skype) connection directly from Web browsers: Safari (6 or above), Firefox, Chrome, or Internet Explorer.

The new release is part of Microsoft’s effort to make Real-Time Communications (RTC) on the Web a reality. Although the company’s plans for the future include the elimination of any type of install (plugins included), to start using the Beta version users currently need to install a small plug-in to start their conversation.

Skype for Web will be available on Skype’s website. To check if you are part of the initial rollout, just sign in on the Web using your preferred browser and look out for an invite.
However, since it is still in beta, there are known issues listed by Microsoft: Skype for Web can affect your battery life when running on a portable Mac computer, and outgoing Skype calls may take longer than normal to ring.