Microsoft Lens, a handy capture app that turns your smartphone into a pocket scanner, and has become one of the most popular free apps on Windows Phone since its release last year, has today been released for iOS and Android platforms. Since the app works with OneNote, you won’t lose anything, might it be receipts, business cards, menus, whiteboards or some sticky notes you might like to carry around in your smartphone.

All the scanned images you capture from Office Lens are accessible on all your devices. Simply capture, crop, enhance and save to OneNote. Below is a list of some of the more significant features and capabilities of Office Lens app for iPhone: 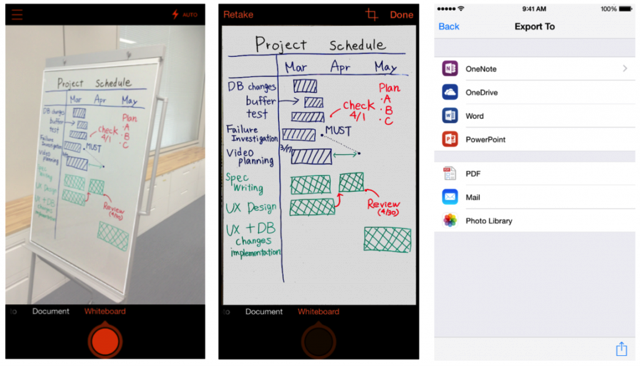 Office Lens for iPhone is available as a free download in the App Store.