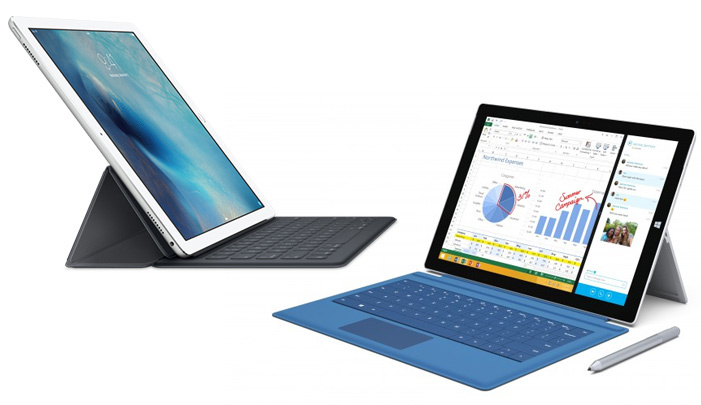 Dan Laycock, Senior Communications Manager for Microsoft Surface has told TrustedReviews that consumers can easily get by with a single Surface product, though the same can’t be said for Apple’s latest iPad Pro. “Microsoft really wants you to only carry one device for tablet and PC, whereas the iPad Pro is always going to be a companion device”, said Laycock during the Consumer Electronics Show (CES) 2016 in Las Vegas.

He adds: “The strategies are very different.” “At one point in time, Apple declared that if there’s a stylus, that’s failure,” continues Laycock. “We’re a huge believer in the pen; we know our customers love it.”

The Communications lead goes on: “So to see Apple do something that feels a little bit similar, that is clearly skewed for a bigger screen, and more productivity built in, and the ability to use a pen.” “We don’t see it as a one-to-one comparison, because this is a full PC, you’re running full apps,” Laycock adds.

Apple has recently introduced a number of productivity-focused features with the iPad Pro, like app multitasking and picture-in-picture video. However, Microsoft has been peddling its Surface series of hybrids since 2012, with its latest devices being the Surface Pro 4 and the Surface Book laptop hybrid.

Do you believe the iPad Pro is nothing more than a companion device, while a Surface Pro 4 can fully replace a laptop?