Today, Microsoft has released an update for Pix, its AI-powered camera app for iOS. 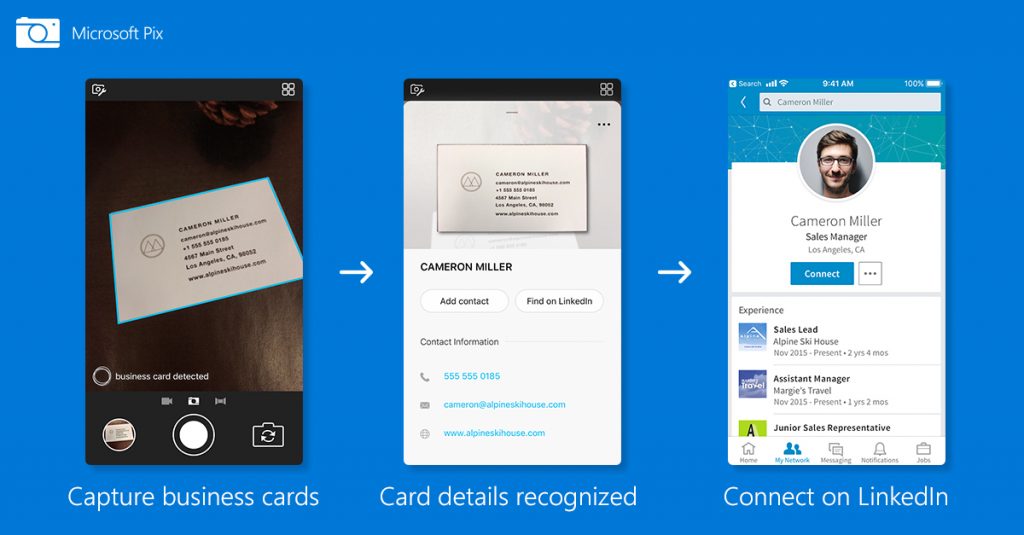 However, that’s not all. If you are signed into LinkedIn on your iPhone, you can transfer the contacts information to the social networking service as well. In a statement, Principal Program Manager at Microsoft Research Josh Weisberg said:

“Pix is powered by AI to streamline and enhance the experience of taking a picture with a series of intelligent actions: recognizing the subject of a photo, inferring users’ intent and capturing the best quality picture. It’s the combination of both understanding and intelligently acting on a users’ intent that sets Pix apart. Today’s update works with LinkedIn to add yet another intelligent dimension to Pix’s capabilities.”

Microsoft Pix is available as a free download from the App Store. The app requires any device running iOS 10.0 or later and contains no in-app purchases.