Microsoft has today announced the launch of its new Planner mobile app for iPhone and iPad, that allows existing and new Planner users to view and update their plans on the go. For people who are new to Planner, they can first get started by visiting tasks.office.com. Once you’ve created your plans in the web app, you can view and update those plans in the mobile experience. 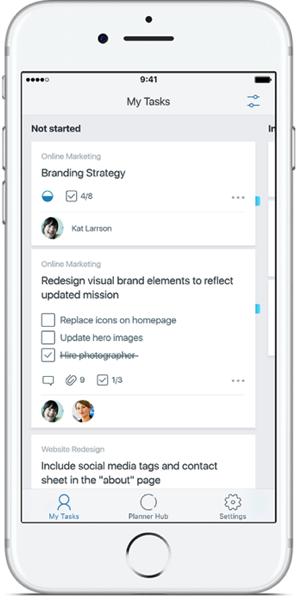 Microsoft’s Planner provides a simple, visual way to organize teamwork. The Planner mobile app enables your team to organize and assign tasks, share files, chat about what you’re working on and get updates on progress. The company says that in the coming months, it will add push notifications, the ability to create new plans from the mobile app and integration with Intune.

To learn more about the app, hit up this link. To download the free app, simply click the following App Store link:

Apple has officially launched sales of its new Apple Watch Ultra and AirPods Pro 2 in Canada and beyond, now available for purchase at Apple Store locations and Apple Authorized Resellers. “Inspired by the most extreme activities, Apple Watch Ultra brings a new bold design and a wide range of features built for endurance, exploration, […]
Gary Ng
23 mins ago