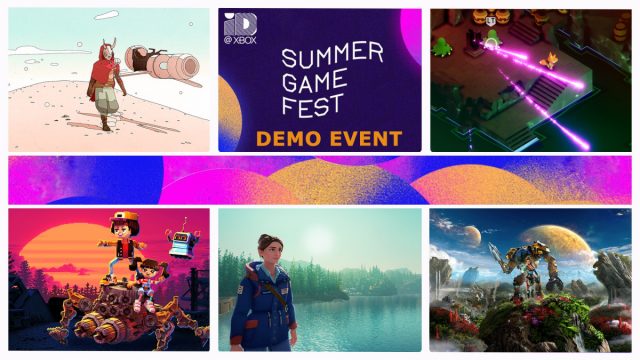 During the Summer Game Fest Kickoff Live event, host and organizer Geoff Keighley announced that Microsoft would be holding its second demo event next week, showcasing over 40 indie titles that are in development.

In an Xbox Wire blog post, the company went in-depth in how the demo event will unfold and what players can expect. Last year, Microsoft held a similar  ID@Xbox Summer Game Fest demo experience for players to get their hands on a slew of titles ahead of their launch for a limited time. This year’s demo event will work in a similar fashion.

Starting on June 15, over 40 game demos will be published to the Demo channel on the Xbox dashboard. Players will be able to navigate into the channel on their hardware and download each demo. Microsoft notes that these demos will not be indicative of the final build of each game. In fact, many demos showcased are more in line with “show floor demos”, traditionally seen during conventions and industry events such as E3.

Microsoft has not revealed the full list. However, the blog post has shined a light on five titles that will be available.

The demo event will run until June 21 where the demos will be taken offline. Microsoft has said some may return to the Demo channel at a later date. The Summer Game Fest demo event will be available on Xbox Series X/S and Xbox One.

Just ahead of HBO’s highly anticipated premiere of Game of Thrones prequel series House of the Dragon, a new House of the Dragon: DracARys augmented reality app has been released to download for iOS and Android. Available in English and French, the app offers an immersive, free-roaming AR experience, and allows fans to hatch and raise their own...
Usman Qureshi
16 hours ago

On Monday, Bell Media announced veteran CTV news anchor, Lisa LaFlamme was being let go by the company. Coinciding with Bell’s announcement, LaFlamme broke her silence in a final “sign off” on Twitter, a video that has since racked up 3.8 million views. Her firing has made international headlines in the past 24 hours. LaFlamme,...
Gary Ng
16 hours ago

According to a CTV News report, a coalition of Chambers of Commerce representing border communities is calling on the federal government to scrap the ArriveCan app requirements for travelers crossing the border. A Statistics Canada report shows U.S. visits through land ports are still down significantly across the country. The border-city mayors are therefore also asking...
Usman Qureshi
16 hours ago