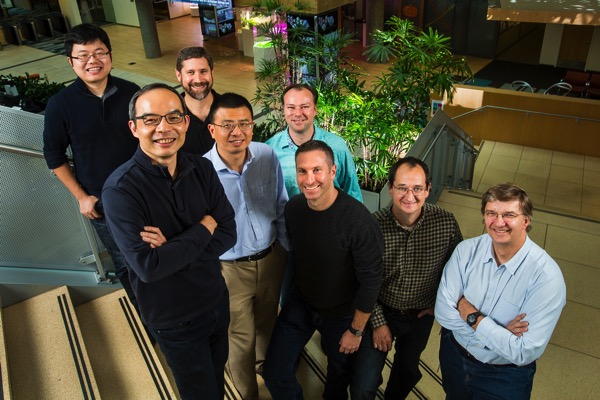 Microsoft Artificial Intelligence and Research group has claimed in a paper published this week that its speech recognition system can now understand human conversations, marking the first time “human parity” has been reported for conversational speech. According to Network World, Microsoft’s researchers are now working on ways to make sure that speech recognition works well in more real-life settings.

“The error rate of professional transcriptionists is 5.9% for the Switchboard portion of the data, in which newly acquainted pairs of people discuss an assigned topic, and 11.3% for the CallHome portion where friends and family members have open-ended conversations. In both cases, our automated system establishes a new state-of-the-art, and edges past the human benchmark. This marks the first time that human parity has been reported for conversational speech”.

Microsoft says that its speech recognition system makes fewer errors than a human professional transcriptionist. The 5.9% error rate is about equal to that of people who were asked to transcribe the same conversation, and it’s the lowest ever recorded against Switchboard, a standard set of conversational speech and text used in speech recognition tests.

The company believes the milestone will have broad implications for consumer and business products that can be “significantly augmented by speech recognition”. These include consumer entertainment devices like the Xbox, accessibility tools such as instant speech-to-text transcription and personal digital assistants such as Cortana.

For more information, head over to the Microsoft blog.

Amid the tools used by archaeologists for centuries i.e. trowels, buckets, brushes, and pickaxes, there’s a new piece of equipment, the iPad Pro, as highlighted by Apple in a new feature. “iPad is the perfect archaeology machine,” says Tulane University professor Dr. Allison Emmerson. who was part of the team that pioneered its use to...
Usman Qureshi
2 mins ago

Apple’s Stage Manager multitasking feature in iPadOS 16 is only for tablets with the company’s M1 chip, but that is now changing. According to Engadget, Apple told the publication Stage Manager is now expanding to older iPad Pro 3rd gen and 4th gen models when iPadOS 16 is released later this year. M1 iPad Pro […]
Gary Ng
46 mins ago