Microsoft announced Tuesday a long-awaited upgrade to its Surface Pro series of high-end tablet PCs, dropping the number from the name and adding Kaby Lake processors, more minutes on a charge and a few dollars to the price tag. 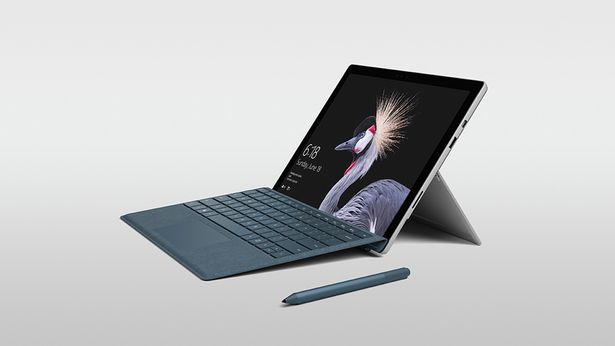 Microsoft unveiled the new Surface Pro hybrid device today, coming only a couple of weeks after the company revealed the all-new Surface Laptop.

Many expected the new device to be called the Surface Pro 5 – as it’s the fifth time Microsoft has created one of these hybrid tablets. But instead, the company has gone with simply Surface Pro, reads a new report from Business Insider.

Like its predecessor, the new Surface Pro is a Windows 10-running tablet that gains laptop functionality with the addition of a Type Cover keyboard accessory. It has a 12.3-inch, 2,736 x 1,824 display with a 3:2 aspect ratio and support for the the Surface Pen active stylus. The company proudly proclaims, “Surface Pro’s PixelSense Display has an impressive 50% more pixels than a 12” MacBook.”

The new Surface Pro has refreshed internals: It contains a 7th-generation Intel Core m3, i5 or i7 chip, up to 16 GB of RAM and four possible storage tiers ranging from 128 GB to 1 TB.

The tablets also now contain larger batteries. Microsoft claims up to 13.5 hours of video playback per charge, which is 50-percent longer battery life than the Surface Pro 4.

On Microsoft’s blog post on Surface Pro’s new battery life, the company takes a jab at Apple by saying “That’s 50% more than Surface Pro 4 and 35% more battery life than an iPad Pro.”

Microsoft will sell the stylus separately for $100. A keyboard cover starts at about $130, or about $170 for a version that feels like fabric rather than plastic.

The new Surface Pro will start at about $800 USD and will be available June 15, 2017 in Canada and the following 24 markets: Australia, Austria, Belgium, China, Denmark, Finland, France, Germany, Hong Kong, Ireland, Italy, Korea, Luxembourg, the Netherlands, New Zealand, Norway, Poland, Portugal, Span, Sweden, Switzerland, Taiwan, the UK and the US.

Check out a video of the new Surface Pro below, a polished ad that is Apple-esque: