With the Microsoft Surface Studio now up for grabs (you can pre-order it for $3000, ships early 2017), the software maker is stepping into a space which was mostly controlled by Apple: creative professionals. Microsoft is doing that with a desktop computer featuring a 28-inch PixelSense display doubling as a sort of a giant tablet. After a week of use, the reviews are in, and we’ve picked a few for you. 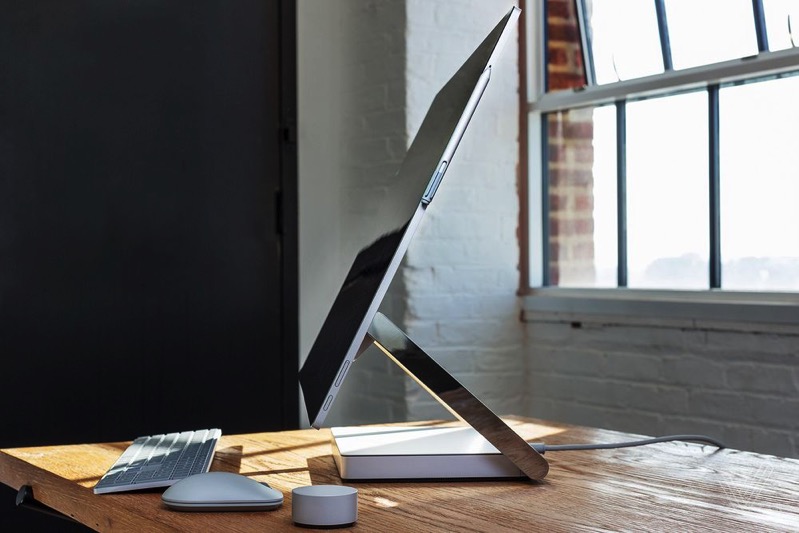 The Verge concludes that Microsoft has done “something unique” and that it’s a “hint of a real innovation” that has been lacking for the past few years with PCs. The general consensus appears to be that the Surface Studio is a great piece of hardware, and designers seem to love it.

Although Microsoft is targeting a small part of the overall PC market, creatives have a viable alternative to Apple’s products.

The real party trick of the Surface Studio is its drawing board mode, and it’s also its biggest selling point. You can push the display all the way down to get really up close to it and start drawing. It won’t sit flat on a desk, though, as the minimum angle is the drawing board mode’s 20 degrees. […] ”What astounds me is how close Microsoft have got their experience to what I have already carefully crafted with pieces from three different companies,” says Mann, referring to his Cintiq, MacBook Pro, and Surface Book combination.

The Surface Studio is impressive in both design and functionality. But its price is also impressive, topping $4,000 for a higher-end build. Much of that is for the unique design and build quality, and the incredibly thin, high-res screen.

The biggest surprise from the Surface Studio was that the optional Surface Dial wasn’t its most standout feature. Instead the easy display hinge, and how the large touchscreen worked in conjunction with the excellent Surface Pen was the best feature, along with the powerful graphics for both creative work and gaming. The bigger challenge may be getting creative professionals to invest in such a high-end, high-price piece of gear, as many of them are creatures of habit, tied to familiar tools and hardware. As Cogan told us, “I think the big barrier is going to be that it’s Windows-based, and so many people in the creative fields are really already decades down using Macs.” But, he adds, “As a drawing tool, this is great, it’s a lot of fun.”

Understandably, you’d probably look to Apple’s 27-inch 5K iMac if you’re considering the Surface Studio. Since that starts at $1,800, you’d still have plenty of cash left over to invest in Wacom hardware before you even reached the Studio’s starting price. Alternatively, you could consider the multitude of PC options out there. The Asus Zen AiO and HP Envy All in One start at around $1,300, while the massive 34-inch ultrawide Digital Storm Aura starts at $2,531, with desktop-grade CPUs and NVIDIA GPUs. And to make up for the lack of digital illustration tools, you can add Wacom’s new Cintiq Pro displays for $1,000 or $1,500.