Microsoft Urges Switch to iPhone or Android, Ahead of Windows 10 Mobile’s Death 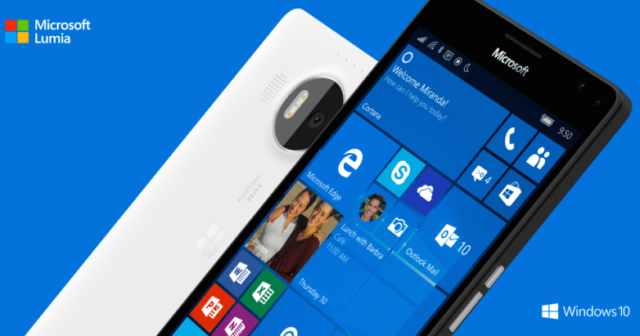 Ahead of the death of Microsoft’s mobile OS platform, the company’s FAQ is recommending users switch to iPhone or Android ahead of the planned sunset, as spotted by Thurrott:

What should Windows 10 Mobile customers do now?

With the Windows 10 Mobile OS end of support, we recommend that customers move to a supported Android or iOS device. Microsoft’s mission statement to empower every person and every organization on the planet to achieve more, compels us to support our Mobile apps on those platforms and devices.

Microsoft says users who want to use their devices after December 10, 2019, should create manual backups for their device themselves. Once support ends, automatic backups will cease to operate on March 10, 2020, while features such as photo uploads or restoring a device from the cloud will only work for 12 months after the sunset date.

According to The Verge, Microsoft CEO Satya Nadella also told the media at an event recently its Cortana assistant is no longer a viable competitor to Amazon’s Alexa or Google Assistant.

See you later Windows 10 Mobile. Don’t forget to holla at BlackBerry OS up in the heavens.

Another new support video has been shared by Apple on its YouTube channel, and this one detail how you can customize Focus settings on your iPhone and choose when you want to receive alerts and notifications. While you’re setting up a Focus, you can select people and apps you want to receive notifications from by either...
Usman Qureshi
30 mins ago

Apple has shared another informative video on its YouTube support channel, and this one explains how you can use two cellular lines on a single iPhone with Dual SIM support using an eSIM or a digital SIM. For those who don’t know, an eSIM is a digital SIM that allows you to activate a cellular...
Usman Qureshi
54 mins ago

Google on Thursday shared a teaser video for its first smartwatch, dubbed the Pixel Watch, ahead of its expected announcement at a launch event confirmed for October 6. Check out Google's full Pixel Watch teaser below: https://www.youtube.com/watch?v=_p7v1PTABSU The teaser introduces us to the design of Google's oft-rumoured smartwatch against the backdrop of some thumpy music,...
Nehal Malik
58 mins ago