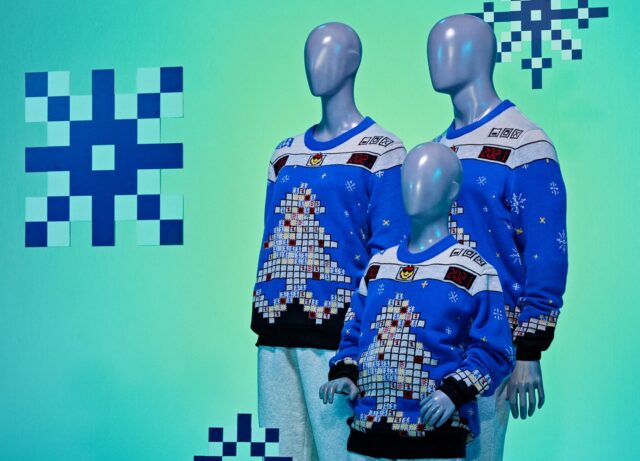 Microsoft is ringing in the holidays by launching a new ugly Christmas sweater inspired by Minesweeper for $97.95 CAD.

Over on the Xbox Gear store, Microsoft has begun selling a new Minesweeper sweater to help get into the holiday spirit. The limited-edition ugly Christmas sweater has a design largely pulled from the PC game. A Christmas tree formed by the Minesweeper grid and scoreboard makes up the pattern on the sweater.

In addition to selling the new sweater, Microsoft is partnering with AbleGamers and is accepting donations via the store page. AbleGamers is a charity organization, supporting players with disabilities and advocating accessibility within the video game industry. Microsoft appears to be making a donation of $100,000 to the organization.

Minesweeper is a game with a long history on Microsoft’s PCs. With 30 years of history, it’s great to see the game get a bit of love this holiday season. Microsoft has now been created ugly Christmas sweaters every few years now. Last year, a sweater with a design dedicated to MS Paint was sold in the store.

Finally, Microsoft states that “fun virtual backgrounds” are available to download to help get into the holiday spirit. The store page also has a link to download the original version of Minesweeper.

Currently, many of the sizes are out of stock due to demand. If you’re hoping to outshine other ugly Christmas sweaters this season, keep an eye on upcoming restocks.