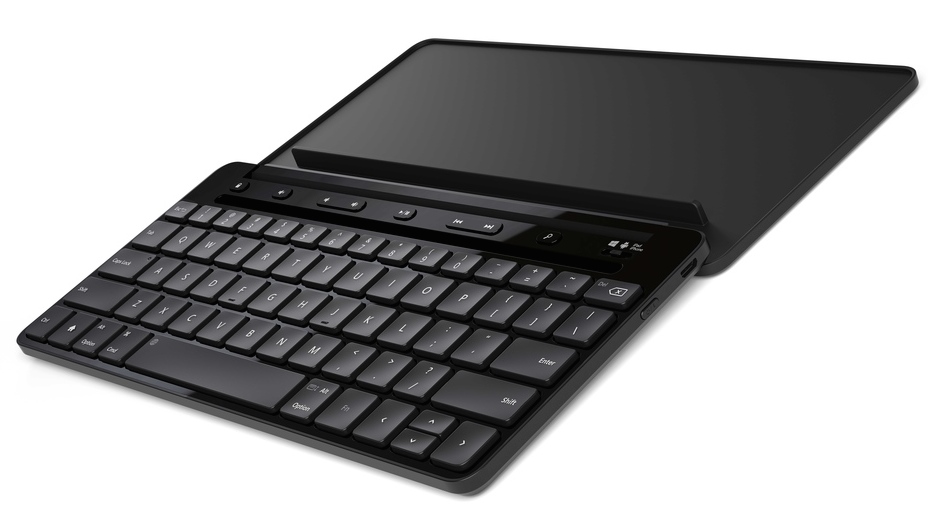 Today, Microsoft announced a new Universal Mobile Keyboard that will work with all Windows tablets as well as most iOS and Android devices.

The new keyboard can be paired with three devices running different operating systems. Users will be able to switch between the connected devices using a hardware switch on the top right-hand side of the keyboard.

The company claims that they keyboard’s internal battery will last up to six months on a single charge. The keyboard also comes with a protective shell to help protect the keys when there is no device attached.

Supporting iOS and Android isn’t unusual for Microsoft’s keyboards, but the company has gone a step further this time. The Universal Mobile Keyboard includes an Android home key and a cmd key typically found on Apple keyboards. Although it also works with Windows tablets, Microsoft hasn’t even stamped a Windows logo on the keyboard — a rare move for the company. 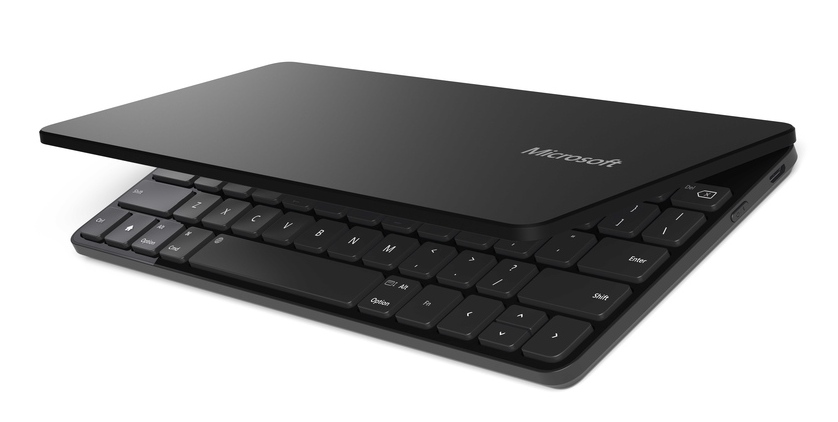 What do you think of Microsoft’s new universal keyboard? Let us know in the comments below.

Xplore, formerly known as Xplornet, has just announced the launch of its fibre broadband internet service in Quebec, with plans to be offered including download and upload speeds up to 1 Gbps and truly unlimited data. Xplore’s latest fibre-to-the-premise network expansion will connect approximately 6,000 homes and businesses in communities around Val-des-Sources, the MRC Papineau, and...
Usman Qureshi
11 mins ago

Apple Music Live offers concerts from featured artists for subscribers, with the latest from Billie Eilish, set to debut on Friday night. “Billie Eilish brings her world tour to Apple Music Live. She’ll be playing songs from her latest album, Happier Than Ever, in addition to other iconic hits,” said Apple in an email to […]
Gary Ng
12 mins ago

As part of Tesla CEO Elon Musk and social media giant Twitter's ongoing legal battle, the Delaware Court of Chancery this week released hundreds of text messages between Musk and other stakeholders in the deal. Many of these texts offer an inside look into the celebrity billionaire's $44 billion USD bid to buy the company...
Nehal Malik
29 mins ago