Microsoft has kicked off its Build 2015 developers conference this morning in San Francisco. One of the first products announced by the company is Visual Studio Code for Mac OS X, Windows, and Linux.

Visual Studio Code is a lightweight cross-platform code editor for writing modern web and cloud applications. The full version of Visual Studio is still Window’s only, but today’s announcement shows that Microsoft is willing to support other platforms. 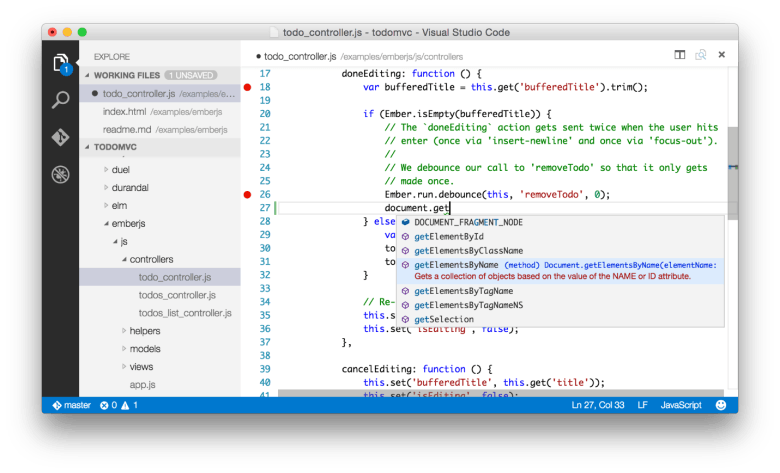 The new developer tool offers built-in support for multiple languages and the editor will feature rich code assistance and navigation for all of the supported languages. The code editor features all the standard tools you would expect, including syntax highlighting, autocompletion, customizable key bindings, and bracket matching.

In addition to all of these features, Visual Studio Code works with Git right out of the box. Today’s announcement probably comes as a surprise to many developers, however, it fits in well with the company’s recent direction.

Google announced on Thursday it will be shutting down Stadia, its cloud gaming service, in January 2023. The announcement took many in the gaming community by surprise, but it wasn’t an unexpected one. “While Stadia’s approach to streaming games for consumers was built on a strong technology foundation, it hasn’t gained the traction with users that […]
Gary Ng
4 mins ago

Amazon announced today it will stream 25 James Bond films on Prime Video beginning on October 5, 2022. According to the company, these 25 Bond films set to stream in Canada, the U.S., UK and other key territories is part of the 60th anniversary celebration of the iconic film franchise. Also coming is The Sound […]
Gary Ng
51 mins ago