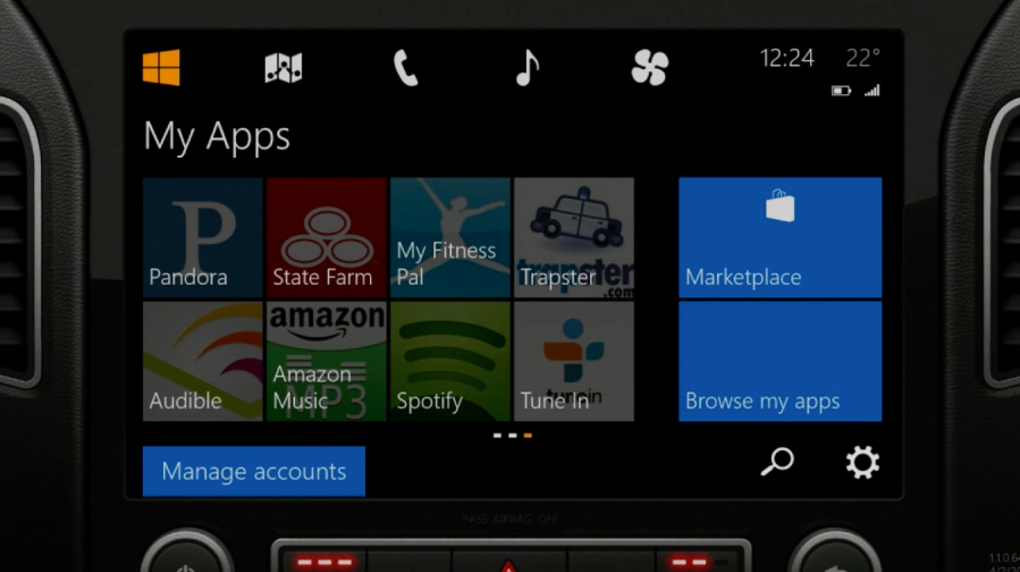 During Microsoft’s Build developers conference this past week, the company showed off their plan to bring Windows Phone into the car with a new software concept.

Much like Apple’s Car Play, the idea is to project your phone’s data onto the touchscreen located on your dashboard. The concept design shows off a metro-style user interface with big touch points that allow drivers to interact with the display in a safe and usable format.

Here is the full Internet of Things keynote that shows Microsoft’s Steve Teixeiria talking about the company’s future. The part of the video about their connected car platform starts around the 25-minute mark.

The demo shows how a driver would interact with music, maps, calls, messages, and more. The in-car interface will allow users to download apps through the Windows Marketplace. Currently, the mobile device is connected to the car using MirrorLink technology, but we could see this change before launch.

The company is currently testing its concept system in real cars, but there is no time frame as to when the feature will launch to the public. It is expected that Microsoft will partner with car manufacturers like Ford, BMW, Kia, and more to bring their in-car interface to the market.

Microsoft is clearly trying to compete with Apple’s Car Play solution which Apple announced last year at WWDC and released earlier this year at the Geneva Auto Show.

The new service from Apple allows iPhone users to control various aspects of their phone, including calls, messages, and maps, directly from the car’s in-dash display or using Siri-based voice inputs. The new in-car interface will launch this week with Ferrari, Mercedes-Benz, and Volvo with other car manufacturers gaining support in the coming weeks and months.