In an attempt to capture a larger audience, Microsoft has announced today it will open over 100 Windows Store locations inside Best Buy and Future Shop locations in Canada. 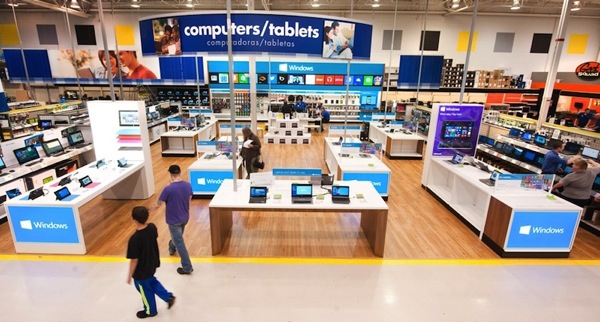 The store-within-a-store concept will range from 1,500 to 2,200 square feet to allow customers to view, try and purchase the latest Windows-based tablets, PCS, Windows Phones, Microsoft Office, Xbox and more, with a standalone area dedicated to the Microsoft Surface. So while you’re browsing on the latest iPhone, iPad or Mac at Future Shop or Best Buy, you can also stroll over and check out rival offerings from Redmond.

The roll out is set to take place from late June through September. So if you love Microsoft, looks like you will be able to see more at your local Best Buy or Future Shop location, that is if it wasn’t part of the surprise closings from earlier this year, part of the company’s ‘renew blue’ policy.