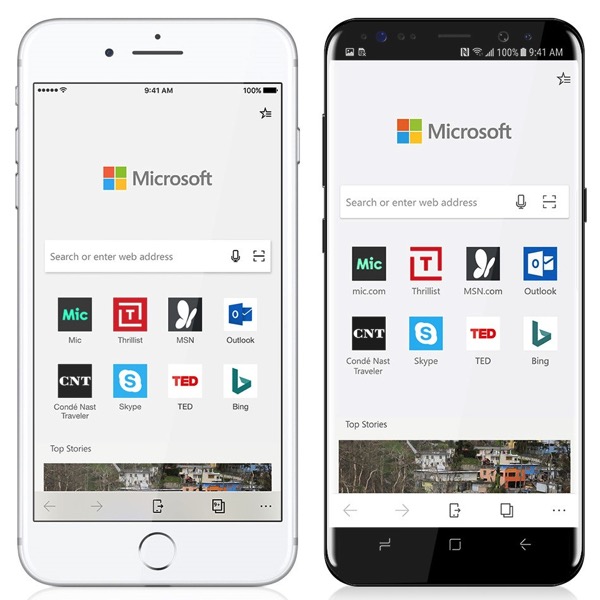 Microsoft rolled out its fifth major Windows 10 release last week featuring the new ‘Windows Timeline’ feature, that lets users search through all the activities they performed up to 30 days ago and find what they were working on, including apps, files, and websites.

At its Build 2018 developers conference today, Microsoft revealed that it will soon bring Windows Timeline to iOS via Edge, whereas Microsoft Launcher for Android will also get support for Timeline,VentureBeat is reporting. The apps will lets users pick up what they were doing on their iPhone, iPad or and Android device, as long as they were signed into their Microsoft account while using Edge or Office 365.

“If you use Edge for iOS, which launched in November, you’re likely aware that your browsing sessions on your iPhone or iPad are available in the Timeline experience on your Windows 10 PC. Later this year, Microsoft will let iPhone users access that same Windows Timeline via Edge for iOS.

Sometimes it’s useful to go from your phone to a bigger screen, a keyboard, and a mouse. But at other times you want to take what you were doing on your computer with you. Microsoft plans to make that possible for Windows 10 and iPhone owners, assuming they’re willing to use Edge.”

Microsoft also announced a new ‘Your Phone’ app preview for Windows 10 as part of its Continue on PC functionality, that will let users access their phone’s content like text messages, photos, and notifications, right on their Windows 10 PC.

The new Your Phone app will only be launching for Windows Insiders this week, as it’s not yet ready for all Windows 10 users.