Microsoft is today launching its all new ‘Xim’ app, that promises to simplify mobile photo sharing across different platforms. Developed by Microsoft Research’s FUSE labs, Xim is basically a quick Snapchat-like photo sharing app but unlike Snapchat, not everyone who receives a Xim needs the app to view photos, The Verge reports. 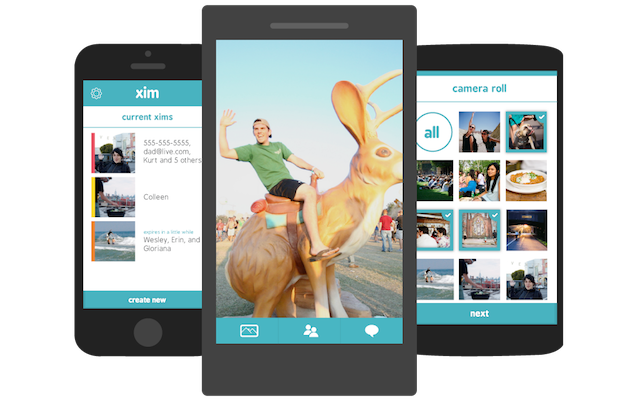 According to the source, Microsoft is basically creating “non-permanent cloud-based Xims” that are viewable in a browser and are sychronized across all users that are invited to a particular Xim. Microsoft says that all content in a Xim “expires after a little while”, and a Xim creator can use an Android, iOS, or Windows Phone app to add photos from a device, OneDrive, Dropbox, Facebook, or Instagram.

“Once up to 50 photos are selected, a Xim is created and it’s easy to add friends via their mobile number or email address. There’s a group chat feature, and participants with the app can add additional photos or swipe and pan through images. Xim is positioned as an app to avoid having to pass your phone to friends to view photos in person, but it seems unlikely that an app can replace the simple experience of sitting next to a friend and flicking through photos from a recent vacation or trip”.

Microsoft Xim is launching across iOS, Android, and Windows Phone app stores later today, though it’s difficult to see how the app can break through against Facebook, Instagram, Snapchat, and even messaging apps like WhatsApp and Viber.