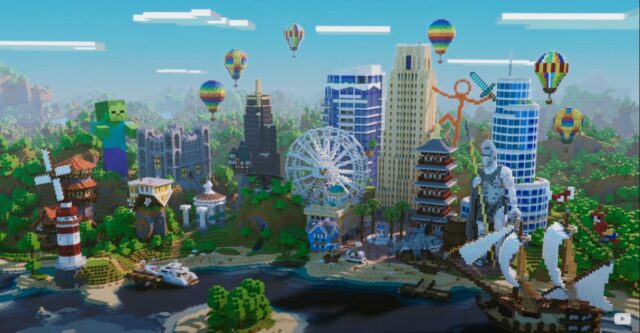 Today, YouTube has confirmed that Minecraft content on the platform has reached an incredible milestone, surpassing one trillion global views.

Minecraft, the Microsoft-owned global sensation first began popping up on YouTube in 2009. Since that time, the popularity of the creative open concept game developed by Mojang Studios has only grown. Minecraft has since become a staple on YouTube, where kids, adults, and everyone in-between can take part in the ecosystem.

“Being in the gaming industry my entire career, it’s incredible to see how Minecraft has exploded since it first came on to the scene,” said Ryan Wyatt, Global Head of Gaming, YouTube. “I remember working with SeaNanners at Machinima when he first tried Minecraft and shared it on YouTube – the appetite for Minecraft content then was impressive and the fact that it just continues to grow year over year is staggering. Minecraft has been the most-watched game for many years and to see it reach one trillion views is an applause-worthy feat. Congratulations to Mojang, Microsoft and the gaming community on YouTube!”

In celebration of the milestone, YouTube is spotlighting the community via an animated logo on the YouTube homepage.

In 2014, Microsoft acquired Mojang Studios for a staggering $2.5 billion. The Minecraft ecosystem has since been supported on nearly every available platform imaginable. The IP has also spun off into dungeon-crawler Minecraft Dungeons, which launched in 2020.

Your Apple Watch can help you find your iPhone if it’s nearby. Simply Touch and hold the bottom of the screen, swipe up to open Control Center, then tap the Ping iPhone button. As a result, your iPhone makes a tone so you can track it down. In the latest beta release of iOS 16,...
Usman Qureshi
45 mins ago

Alexa is getting smarter and more complex every single day by finding new ways of applying learned  behaviours  to new and different scenarios. Currently built into more than 100,000,000 devices worldwide, Alexa and the Echo suite of devices continue to evolve. Check out the top Amazon devices and Alexa updates you need to know for...
Usman Qureshi
1 hour ago