Update 1: Minecraft has hit the Canadian App Store at $6.99.

Mojang’s indie game Minecraft, which has sold more than four million copies on the PC, is coming to iOS on November 17th according to its iTunes Store page. It’s a rolling release, based on the International Date Line, so will not be available in Canada until midnight. Currently the iTunes links directs you to the New Zealand Store, but before long you should be able to enter a world of unlimited possibilities from the comfort of your iPhone or iPad. 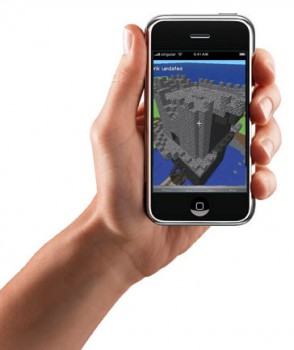 The game, called Minecraft – Pocket Edition, omits some features that are known and loved by it’s desktop users, but attempts to capture the spirit of the game. For now, you can explore the randomly-generated world, build with unlimited supplies of 36 kinds of blocks, and play multiplayer over a local network.

The Dyson V12 Detect Slim makes some significant quality of life improvements while not compromising on power. I’ve been using Dyson vacuums for the better part of three years. Across many of its previous cordless devices, I’ve been thoroughly impressed. Dyson typically delivers when it comes to power and suction. Plus, I’ve often found battery...
Steve Vegvari
54 mins ago