Misfit has just introduced a new Wi-Fi connected smart bulb called the ‘Bolt’ at CES 2015 in Las Vegas, that promises to wake you up with a simulated sunrise (i.e. a gradually glowing soft light). According to The Wall Street Journal, the 60-watt-equivalent bulb can be controlled with the Misfit Home app, and even though it glows a standard warm white by default, it can be easily tweaked into millions of different colours. 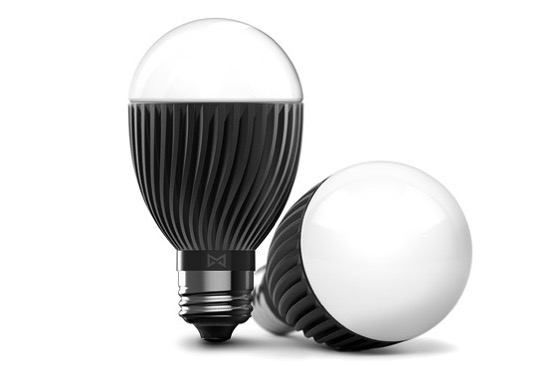 The best thing about the Bolt is that unlike most smart bulbs in the market, all you need to control it is the app, without requiring any smart home hub. Furthermore, owner’s of Misfit’s Shine and Flash fitness trackers and the Beddit sleep tracker, can sync their trackers to the Bolt in the Home app, allowing the bulb to learn their sleep patterns so it can wake them in their lightest stage of sleep.

“Misfit’s app has “lightscapes” built in, for those who aren’t sure what color they want to go for. These presets combine colors to simulate the colors of a beach sunset, a forest, a rainbow and other themes. The Bolt can also be controlled by Logitech’s Harmony Home universal remotes”.

The Bolt is now available for $50 on Misfit’s website.