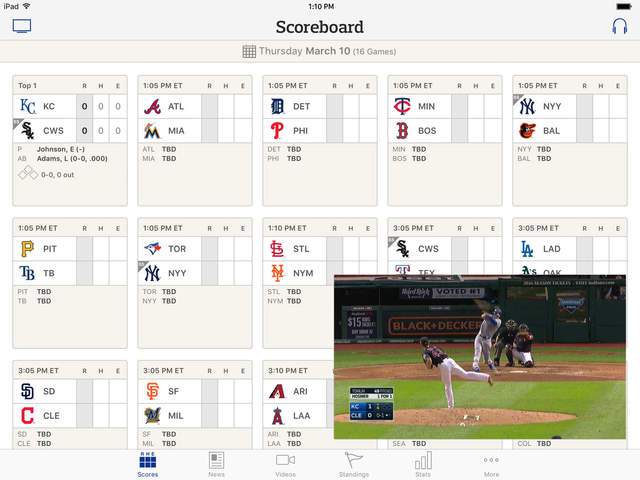 In February, Major League Baseball (MLB) introduced multitasking support into its At Bat iPad app, allowing users to view its video inside the app while using Split View or outside the app using picture-in-picture.

MLB tells TechCrunch that the adoption of the multitasking feature has had a “profound impact” on live video consumption on iPad. Over the first two weeks of this year’s season, average minutes watched through the At Bat iPad app increased 20 percent compared to last year.

Figures were even higher for MLB.TV streams, as users with access to the premium service watched an average of 162 minutes per day, equating to an 86 percent increase year-over-year. MLB attributes the bump in large part to iPad multitasking support, features unavailable to At Bat users during the 2015 season.

TechCrunch notes MLB limited usage statistics to iPads with support for iOS 9 multitasking, and lumped all multitasking options into a catchall category for the study.