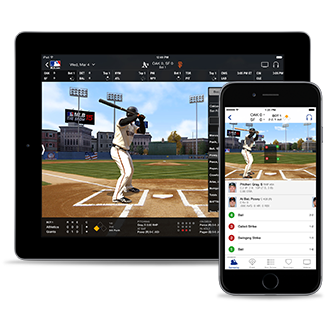 The Major League Baseball Association has lowered the subscription price of MLB.TV Premium from $129.99 per year to $3.99 per year for the rest of the 2015 regular season. 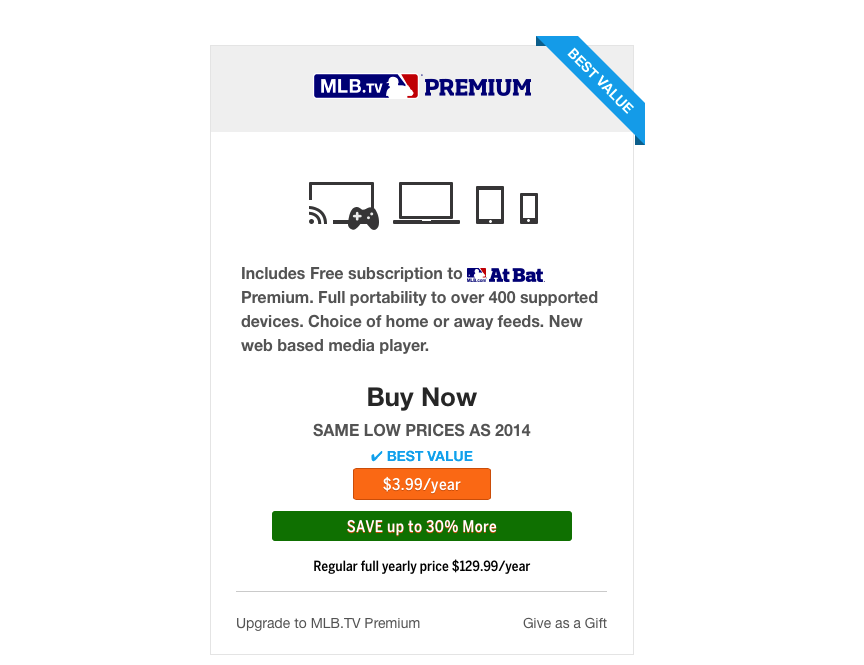 For those who love Baseball, this is your chance to take advantage of MLB.TV’s great features for the rest of this year’s regular season. The price includes a free subscription to MLB At Bat Premium, which allows you to access MLB content on over 400 supported devices, including Apple TV and iOS devices.

Visit this link to sign up for MLB.TV Premium. It is unclear how long this offer with last, however, we expect that it will be around for the remainder of the 2015 season.