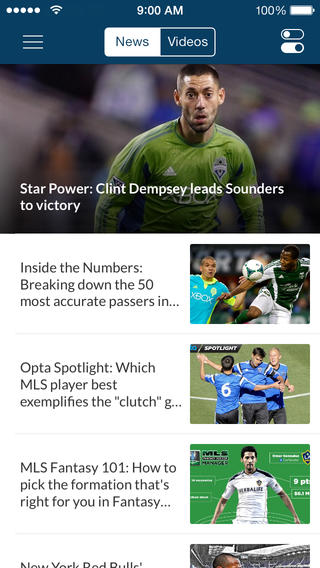 MLS Matchday for iOS, which allows users to stay connected with the latest news, highlights, scores, and analysis from the MLS, has been updated to include a new design and new features just in time for the 2014 season.

MLS Matchday 5.0 brings an all new iOS 7-ready design and improved notification option that allows users to receive alerts about their favourite international or MLS team(s). The news section in the app has also been expanded to include more content and videos.

Here is a full list of new features in the latest version of Matchday:

– New Home screen lets you filter content based on your favorite teams, including U.S. and Canada men’s national teams

MLS says additional updates will continue to add new features throughout the 2014 season.

MLS Matchday for iOS is available as a free download from the App Store.