Mobile Banking In Canada And The Cashless Future [INFOGRAPHIC]

Here’s an interesting infographic developed by TechVibes especially for the Canadians who prefer carrying out their bank transactions on their smartphones rather than visiting the banks physically. It highlights some pretty cool facts such as approximately 36% of Canadians would buy a “latte” with their mobile phones while around 56% would be more comfortable never having to carry their cash in a wallet again.

Check out the infographic below: 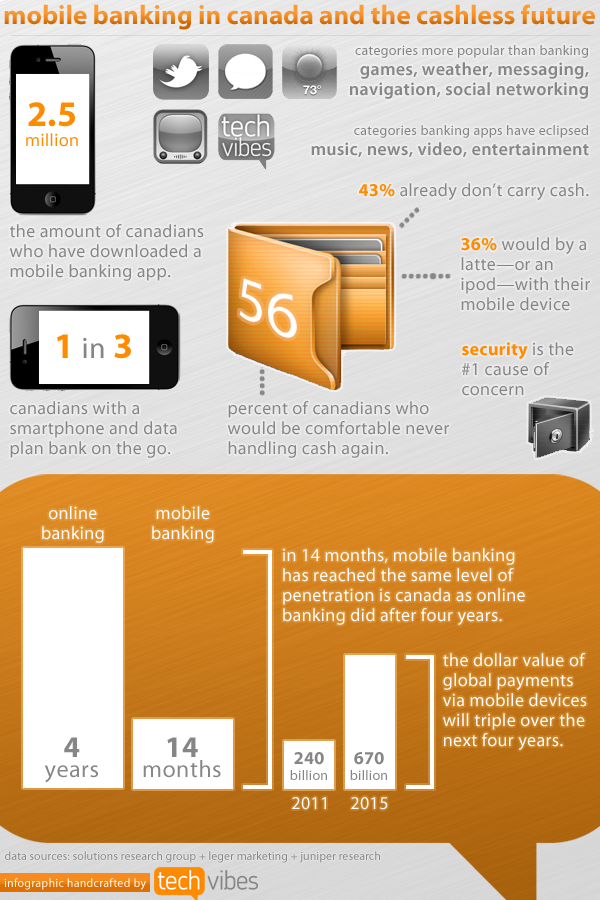