If you have always wanted to view vertical videos on Facebook for iOS in full screen (without those black borders), it’s arriving soon in an upcoming update, the social network confirmed to Marketing Land (via Mashable).

A Facebook spokesperson said “We know that people enjoy more immersive experiences on Facebook, so we’re starting to display a larger portion of each vertical video in News Feed on mobile.” 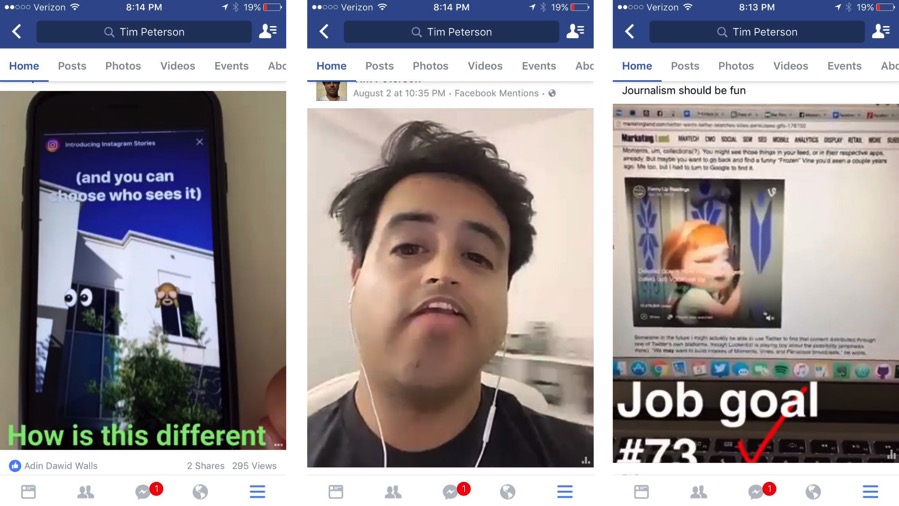 Vertical videos in your news feed will show up in a 2:3 aspect ratio, so the don’t take up your entire screen, just like Snapchat. Once support for vertical videos arrive, users just need to tap on the video, which will then show an option in the top right to expand to full screen.

The upcoming update–set to arrive to support vertical videos will also apply to your uploads, plus Facebook ads and live broadcasts. Surely, the push is for advertisers to get more real estate on your iOS or Android device.

Last year, YouTube for iOS was updated to support videos filmed in portrait as well. People just can’t get away from filming vertical videos, so it looks like apps will just have to keep supporting them.