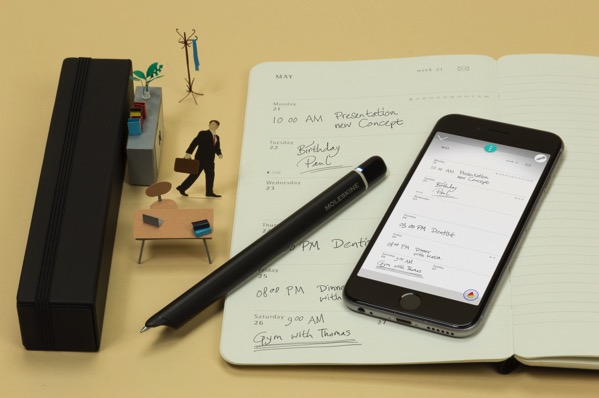 Moleskine’s upcoming ‘Smart Planner’, the latest product in the company’s Smart Writing Set, will feature automatic syncing with Google Calendar and Apple’s iCal, TechCrunch is reporting. Like other Livescribe systems, Moleskine’s Smart Planner, which is a combination of a Livescribe pen and special paper, can read and sync anything written by the Moleskine Pen+.

“There are a handful of smart writing systems on the market including Livescribe’s own line of products, but few, if any, offer direct calendar syncing. That’s the key here. For people like me that enjoy the time and effort it takes to write something down, this system will give us nerds the convenience of a digital calendar with the joy of using a pen”

When you note down an appointment or a meeting on the planner part of the paper, it will be automatically synced to you Google or Apple account and placed appropriately on their calendar. Of course both the pen and the paper will be required for this system to work.

It will be available worldwide on September for US $199, or US $29 for just the planner.

Sony and PlayStation are kicking off 2023 with a brand-new marketing initiative. Thanking fans for their patience worldwide as the company faced supply chain hurdles, PlayStation is launching its "Live from PS5" spot and announcing an increase in console supply. In a PlayStation Blog post, Isabelle Tomatis, VP of brand, hardware, and peripherals at Sony...
Steve Vegvari
31 mins ago