Popular notebook maker Moleskine has announced the launch of an all new calendar app called ‘TimePage’ for iPhone and Apple Watch, that combines weather, maps, and contacts with the ability to sync Google, iCloud, and Exchange calendars. On the iPhone, the app presents a continuous timeline, making it easy to view a whole week at a glance while on the Apple Watch, it lets you see your day-by-day schedule for the next week, provides weather, maps, contacts information and much more.

The TimePage app for iPhone has a fully featured weather app with beautiful interactive charts built-in so you can plan for the day accordingly. It provides elegant single day and event views that keep you focussed with info like “1 hour free after this until Meeting at 4pm”. You can get travel time and directions for your events by car, public transit, cycling or walking. Best of all, it works seamlessly with iCloud, Google Calendar as well as with Microsoft Exchange. 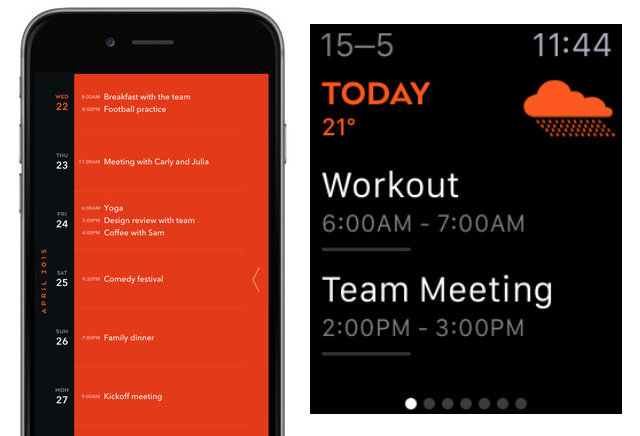 Below is a list of features supported on TimePage for Apple Watch:

The TimePage app is available for $4.99 at the following App Store link:

Security researchers from HUMAN’s Satori Threat Intelligence team have identified 75 apps on Google Play and 10 apps on the App Store engaged in ad fraud, resulting in over 13 million installations (via Bleeping Computer). The researchers say they have identified a collection of mobile apps that are part of a new ad fraud campaign named 'Scylla'....
Usman Qureshi
3 mins ago

YouTuber and tech gore creator TechRax took it upon himself to give Apple's new iPhone 14 Pro a facelift in a recent video. "I can't stand the protruding camera bump," he said, preparing to saw it off. The camera island on the back of this year's iPhone 14 Pro models is larger in all directions than the...
Nehal Malik
4 mins ago

According to Bloomberg’s Mark Gurman, he believes Apple may not hold an October event to announce Mac and iPad Pro updates with M2 chips. The M2 chips were unveiled at WWDC this summer. Does Apple have enough new features still hiding to justify holding an October event with the media? “It seems unlikely,” says Gurman. […]
Gary Ng
17 mins ago