A Montreal woman named Alisa Clamen, whose 22-year old son Jesse Galganov went missing in Peru over three weeks ago, has appealed to Apple, Amazon and T-Mobile to share the geolocation data obtained from her son’s iPhone and e-reader which could assist in locating him, Global News reports. Her son went missing on the first leg of an eight-month trip around South America and south-east Asia. 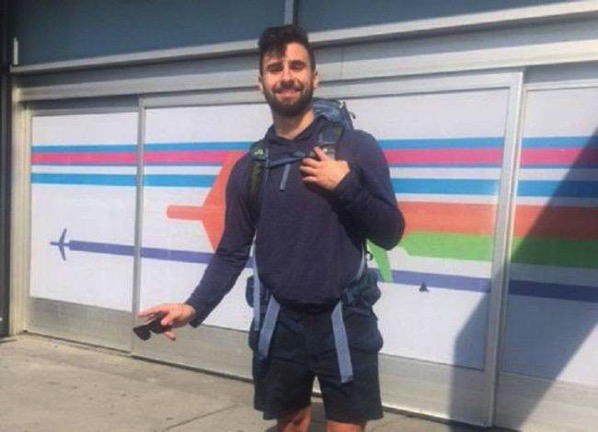 The mother, who has already been in Peru for several days, has been working with local police to retrace Galganov’s steps in a bid to find him, but no luck so far. Clamen says local authorities have been unsuccessful in securing geolocation data from Apple, Amazon and T-Mobile. She has now made a petition on Change.org asking for the information to be released.

“As we do with emergency requests from law enforcement, we have immediately responded to legal requests for information from U.S., Canadian and Peruvian authorities in this case. We know time is of the essence, and have a dedicated team responding to any exigent request 24 hours a day around the world.”

Global Affairs Canada has also confirmed that a Canadian citizen is missing in Peru, and that “Canadian consular officials are in contact with local authorities in Peru and are liaising with family in Canada and Peru.” Further details aren’t being disclosed at this time due to privacy considerations.

Eero, an Amazon company, has just announced a new range of WiFi solutions, including eero PoE 6 and eero PoE Gateway Power-over-Ethernet (PoE) devices, for setting up faster, reliable WiFi networks at homes and businesses. The eero PoE 6 is a dual-band Wi-Fi 6 PoE access point that provides up to 2,000 square feet of coverage...
Usman Qureshi
28 mins ago

Amazon today announced at its special event an update to its best-sounding Echo speaker, the Echo Studio. This speaker is now available in Glacier White, joining Charcoal, while it also gets some enhanced audio technology updates, that will be available for all existing and new users. New custom spatial audio processing technology and frequency range […]
Gary Ng
37 mins ago