Moog’s new Model 15 iOS app, which is currently available in the App Store for just $30, promises to give you what a limited run of the company’s 150 hand-built Model 15 modular synthesisers does, each of which is available for a whopping $10,000. For those who aren’t aware, Moog is known for its groundbreaking work developing analog synths since the 1960s, and counts many heavy hitters in popular music among its fans, including The Beatles, Alicia Keys, Deftones and Coldplay (via The Next Web). 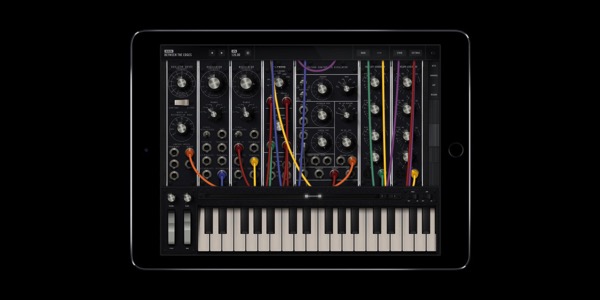 Moog says that it has recreated every aspect of the famed Model 15, from its oscillators to filters to its sequencing arpeggiator, for the iOS app. Users will get over 160 presets to play with, a traditional Moog on-screen keyboard, a delay module and a real-time looping recorder, as well as the ability to patch cables and create unique sounds.

Because the Model 15 App utilizes Apple’s Metal technology, only 64-bit devices are supported. Compatible devices include iPhone 5s or newer, iPod touch 6 or newer, iPad Air or newer, and the iPad Pro.

The universal app works with 3D Touch as well as Apple Pencil, and supports Inter-App Audio and external MIDI controllers. You can grab it using the following App Store link.