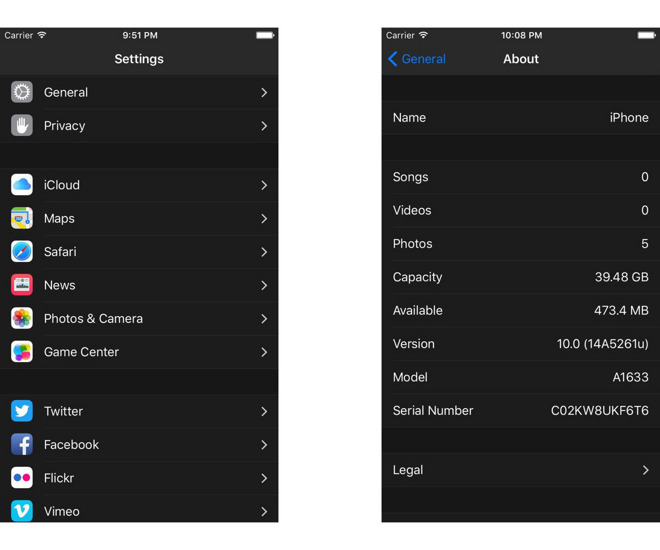 The new leak supports the speculation that Apple is planning to offer system-wide support, rather than implement app-specific options. Wiik was the source of recent screenshots of Messages running in the new mode. 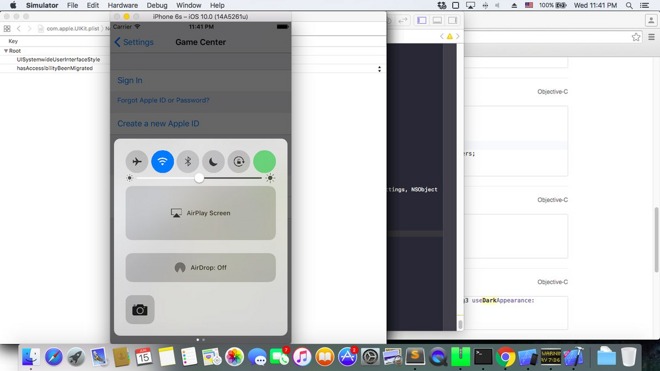 Wiik also recently posted a shot of the iOS 10 Simulator with a sixth, blank button near the top of the Control Center. While its purpose is uncertain, Wiik speculated that Apple might be planning a cellular toggle.

At the moment iOS 10 exists only as a developer beta. A public beta is due in July, followed by an official release in the fall.