Near Field Communication (NFC) is a short range (approx. 4 inches) wireless communication technology used in mobile phones for a variety of applications such as mobile payments. A lot of rumors in the past have suggested that Apple is pretty much interested in bringing this NFC technology to the iPhone and now, we have some more evidence suggesting that these rumors could actually be true. As noted by MacRumors, an interview by Fast Company from last week tried to pin down if Apple was one of Mastercard’s future NFC partners, to which the executive seemed to falter, giving an excuse about confidentiality. 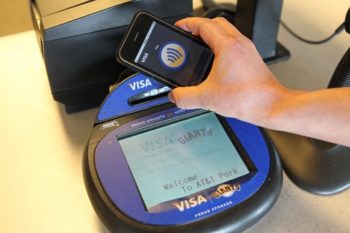 “The timeline is always as rapid as it makes sense for consumers,” he says. “That’s a combination of having a critical mass of the merchants, which is what you’re seeing right now, and getting devices into the hands of consumers. I don’t know of a handset manufacturer that isn’t in process of making sure their stuff is PayPass ready.”

So that would include Apple then?

“Um, there are…like I say, [I don’t know of] any handset maker out there,” McLaughlin says. “Now, when we have discussions with our partners, and they ask us not to disclose them, we don’t.”

Then again at Macworld, it appears that at least one developer told 9to5Mac that they were hearing the same hints from Apple iOS engineers and that he was already started working on an NFC-capable iOS app. Could iPhone 5 be the first Apple handset to support NFC technology?

[caption id="attachment_389490" align="aligncenter" width="1400"] Image: Marcus Kane[/caption] As we count down the months to the launch of Apple's long-rumoured mixed-reality headset and, with it, an entirely new product category for the tech giant, we're starting to see more leaks and concept designs pop up. The latest concept renders of Apple's "Reality Pro" AR/VR headset imagine...
Nehal Malik
30 mins ago