**If you haven’t registered in the iPhone in Canada Forums yet, register now! I am giving away a FREE PDO Reviso Premium Leather iPhone Case! You can only enter by joining and posting in the forums. Don’t wait–register today! After that, read the requirements to enter in this thread!**

I’ve posted about the pending release of the new iPhone firmware that will be announced this summer. The so called iPhone 2.0 (which will be on firmware 1.2.0) will have many new features. One of the most highly anticipated features will be the iPhone AppStore. This dedicated store will have a multitude of programs created by SDK developers.

For those who haven’t seen the screencaps of the iPhone AppStore, they have been surfing their way around the web. The following screenshots are courtesy of the Boy Genius Report. As you can see below, the AppStore has similarities to Installer! Also, from the looks of it WiFi will be required to download apps. I know what some of you are thinking. Gee, forget the AppStore, when will the iPhone be released in Canada?

All we know so far that developers have been busy creating applications for the release of the new firmware.You can discuss more about the iPhone SDK here in the iPhone in Canada Forums! What new apps would you like to see? 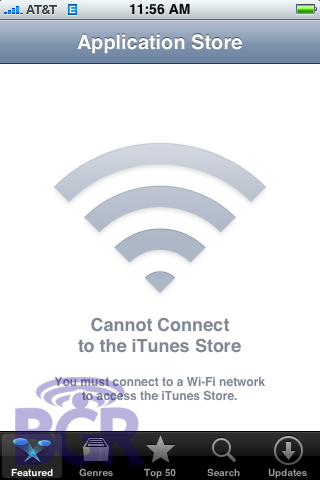 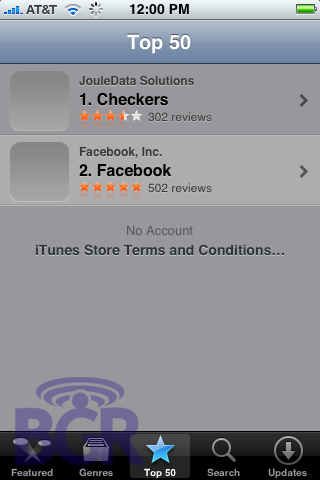