Newly leaked parts of the next generation iPhone a.k.a iPhone 5 have just hit the web which have been listed by iPhone components supplier SW-BOX.com (via MacRumors). The website has added a new headphone jack/earpiece/Wi-Fi cable replacement part which the vendor claims to be from the next iPhone handset. The website has not published any detailed specifications except for a photo and a caption saying, “Here is the first Glimpse at the new iPhone 5 earphone/speaker/wifi cable, let’s hope you won’t be needing one any time soon, this is a high quality cable that is clearly for the new iPhone, soon to be released later this year”. 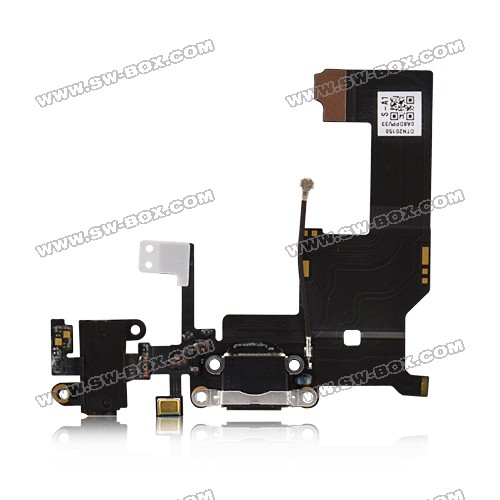 The new part joins a claimed micro-SIM tray that surfaced on the site several weeks ago and home buttons that appeared on several sites late last month.

If the new part is indeed legitimate, it does represent a significant departure from the component organization in the current iPhone. In the iPhone 4 and 4S, the headphone jack, volume buttons, and mute switch are grouped together on a single component, while this new part associates the headphone jack with the earpiece speaker and Wi-Fi cabling.

With more and more iPhone 5 part are beginning to leak, it may not be long before more substantial parts begin showing up.