Apple TV+ has released the first The Morning Show Season 2 trailer, offering a first look at what fans can expect when the Emmy-winning drama series returns. 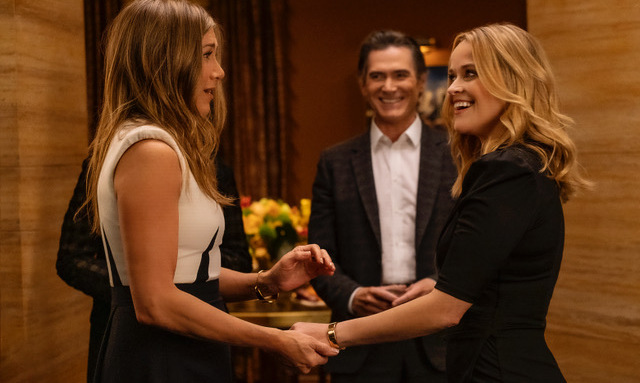 As seen in the season two teaser, UBA’s news operations executive Cory Ellison (Billy Crudup) tries to woo Alex back to the show after she quits. Meanwhile, Bradley struggles to maintain a friendship with Alex, to find her place in the company, and to work with a new host, Hasan Minhaj’s Eric Normani. Mitch finally gives an interview about his wrongdoings.

The Morning Show will also introduce new cast member Julianna Marguiles as UBA anchor Laura Peterson, who is seen interviewing Alex in the teaser. Laura will also take on the role of mentor for Bradley. Russian Doll’s Greta Lee also joins season two as Stella Bak, a tech genius who joins the team, and Holland Taylor comes aboard as UBA’s chairwoman Cybil Richards.

From showrunner and executive producer Kerry Ehrin, The Morning Show is executive produced by Michael Ellenberg through Media Res, which also serves as the studio, along with Jennifer Aniston and Kristin Hahn through Echo Films; Reese Witherspoon and Lauren Neustadter through Hello Sunshine; and Mimi Leder, who also directs several episodes.

The National Football League (NFL) and DAZN Group announced on Tuesday to extend their partnership in Canada and globally, with a new 10-year deal that begins with the 2023 season. With NFL Game Pass International, football fans outside the USA will be able to watch every NFL game through the regular season, postseason and the final […]
Gary Ng
9 seconds ago