At Vox Media’s Code Conference on Wednesday, veteran tech-journalist Walt Mossberg appeared on stage and recounted stories about the late Apple co-founder and CEO Steve Jobs and the co-founder of Microsoft, Bill Gates. Mossberg was interviewed by former Twitter CEO Dick Costolo on stage, who teased out several stories about Jobs and Gates from him, revealing that both moguls were “surprisingly sensitive” to criticism (via BusinessInsider). 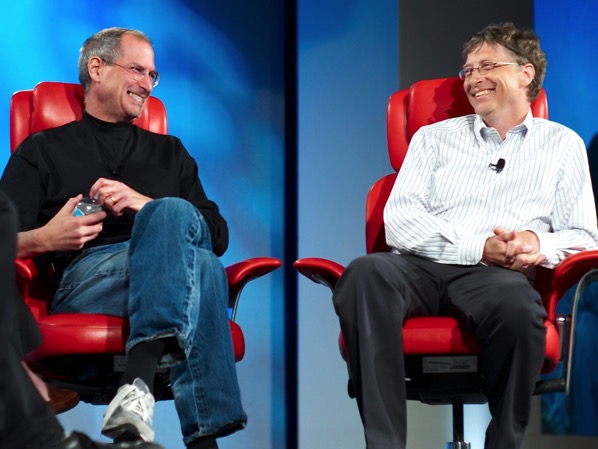 Mossberg recalled that in late 1990s, he wrote a column that he described as an “obituary for Apple”. In it, he said that Gates had outfoxed Jobs, and that even though “Steve made boulder leaps in tech, Bill was a better business guy”. The next morning, Mossberg got a phone call from Gates who said, “I’m just a business guy? I’m sick and tired of Steve being the tech guy and I’m the business guy”.

No matter how much Mossberg raved about an Apple product, and recommended people buy it, when Mossberg pointed out its drawbacks (which he did for every product), it seemed to annoy Jobs. “I think this is unfair,” Jobs would tell him about the things the column critiqued, Mossberg said.

Mossberg however added that even so, over time they seemed to listen and started making their products easier for people to learn and use.

2022 was the worst year for the global smartphone market since 2013, with shipments dropping 11.3% in the year to 1.21 billion units and 18.3% in the fourth quarter alone, according to preliminary data from the International Data Corporation (IDC). While Samsung led global smartphone shipments for 2022, Apple came in second place with 226.4...
Nehal Malik
13 mins ago