Most OS X Users Are Not at Risk to Bash Exploit: Apple

A major loophole was uncovered yesterday in the “bash” command shell by the researchers from Red Hat. Nicknamed Shellshock, it affects both OS X and Linux users. Apple was quick to respond and, in a statement sent to iMore, said that is aware of the issue, and, to alleviate tension, stated the majority of OS X users aren’t at risk. 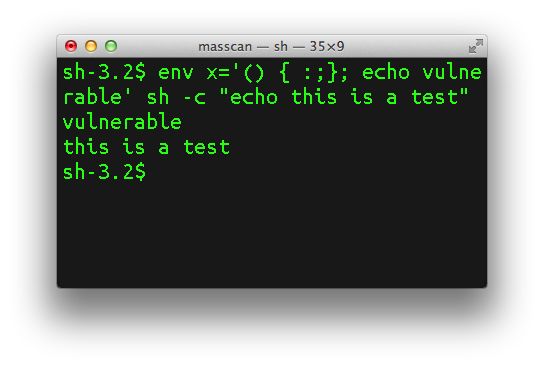 The vast majority of OS X users are not at risk to recently reported bash vulnerabilities,” an Apple spokesperson told iMore. “Bash, a UNIX command shell and language included in OS X, has a weakness that could allow unauthorized users to remotely gain control of vulnerable systems. With OS X, systems are safe by default and not exposed to remote exploits of bash unless users configure advanced UNIX services. We are working to quickly provide a software update for our advanced UNIX users.

Actually, when the loophole was uncovered, security researchers said all Unix-based operating systems across the globe are affected, and that includes OS X. Furthermore, it’s not just the millions of computers, but, in fact, all Internet connected devices will need a software update as soon as possible.

Apple is working on a fix and will provide a software update, although, according to Apple, only advanced OS X users are vulnerable to the loophole. For regular users, Apple’s message is clear: don’t panic, your computer is not at risk, just stay tuned and keep your software up to date.

Are you ready for Apple’s expected iPhone 14 launch this fall? If you are, let’s hope your wallet is ready too, because according to one analyst the prices are going up this year for the Pro series smartphones. Wedbush analyst Daniel Ives said in a research note (obtained by MacRumors) that he believes the iPhone...
Gary Ng
19 mins ago

Zellers was an iconic discount retail chain in Canada that was acquired by Hudson’s Bay Company in 1978, then later shuttered in 2013. But now a decade later, HBC says it is bringing back Zellers from the dead, announcing on Wednesday it will be returning in “early 2023,” in the form of a new e-commerce...
Gary Ng
55 mins ago