The folks over at MOTO labs have completed another touchscreen test involving the latest smartphones, with the iPhone trumping the competition, yet again. This time around, they went with a robot to draw the test lines on touchscreens, versus the old test which was human powered.

The current round up put the following phones against each other: 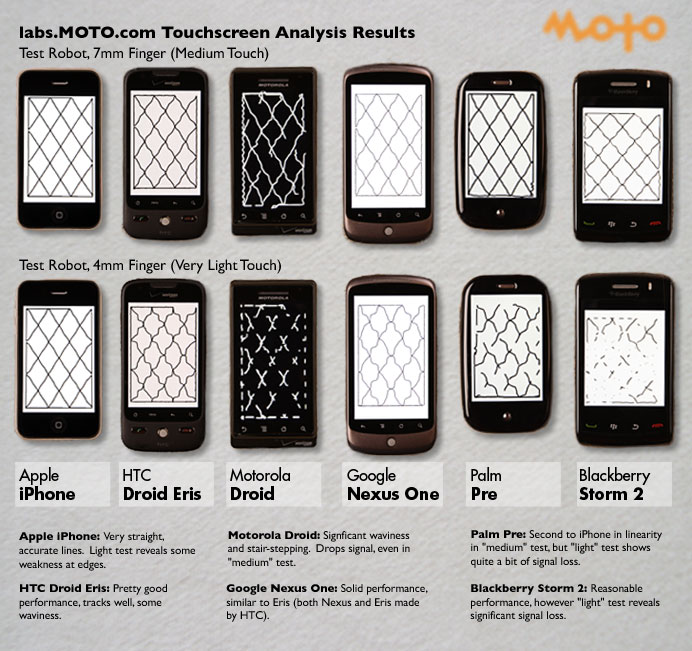 Below is the video of the robot touchscreen analysis in action:

These tests might not mean much, since they were done in their own private labs. But one thing is for sure, the iPhone touchscreen has set the bar very high for its competitors to catch up to.

Have you used all of the phones listed in the test? What touchscreen would you crown as the ‘best’?